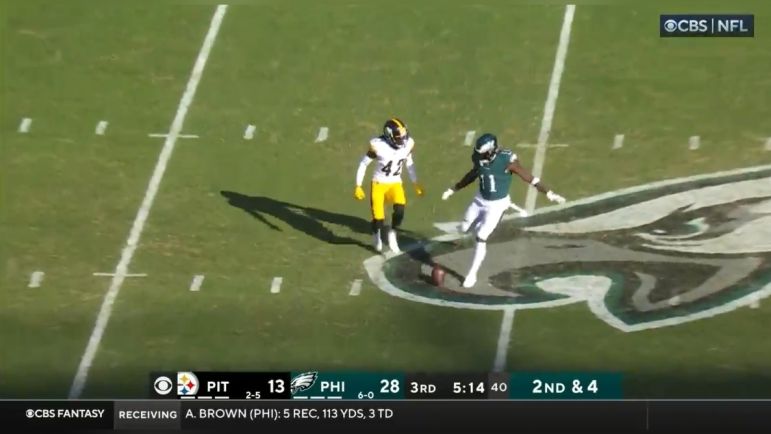 You’d rather be lucky than good. That’s the old saying.

Right now, the Pittsburgh Steelers are lucky. But they sure aren’t any good.

A new statistical analysis attempted to quantify “luck” through two key categories. Opponents dropped interceptions and dropped targets. Essentially trying to see how many times a team benefitted from the defense dropping would-be picks while the opposing offense dropped passes. They also look at field goals and extra points attempted by the opposition and fumble recoveries by both teams.

In data released by Tom Bliss on Thursday, the Steelers were deemed the NFL’s “luckiest” club with a score of 2.0, narrowly edging out the New York Giants as the team that’s benefitted the most from opponent mistakes and random bounces of the football.

Many things can affect the outcome of an NFL game – some of which are out of a team's control or based on "luck".

Here we analyze how luck can affect NFL games by looking at events that are purely determined by opponent performance or lucky bounces.https://t.co/zpy4RTQolP pic.twitter.com/NBFC1Hn81i

According to the data, Pittsburgh’s benefitting the most from opponent dropped passes and opposition field goal attempts/extra points. No other team had higher than a 0.87 dropped pass rating in their favor. The Steelers sit at 1.30.

Unfortunately, that luck hasn’t translated to wins. It’s a stat that makes more sense for the second-place Giants, sitting at 6-2 on the season despite a pretty poor passing game. On the other end of the spectrum sits the Carolina Panthers, football’s unluckiest teams, explaining a bit of their 2-7 start to the season.

Despite the four-leaf clover in their pocket, Pittsburgh has struggled to finish close games while getting blown out in others. The Steelers also haven’t always capitalized on their chances. Their Week 7 loss to Miami is a great example, dropping four interceptions in a 16-10 loss.

Pittsburgh is far and away the luckiest AFC North team. In fact, the Cincinnati Bengals are the league’s second-most unlucky team while the Cleveland Browns are right ahead of them.

If the Steelers want to turn their season around, they can’t just rely on luck. They simply need to play better. And the concern is even if this team does begin to execute at a higher level, their lucky streak may break against them, making winning just as difficult.