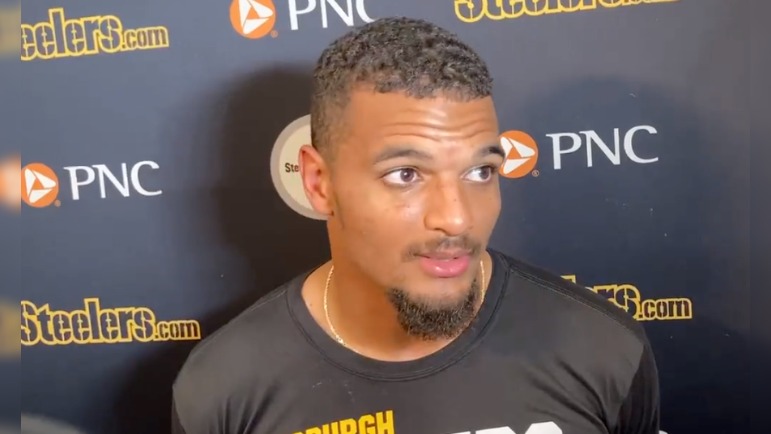 The Pittsburgh Steelers have had to make do with their most impactful player on both sides of the ball for most of the first half of the 2022 season, having OLB T.J. Watt go down in Week 1 against the Cincinnati Bengals to a pec injury that required him to go onto IR. Watt has been out ever since, but Watt started practicing last week, opening his 21-day window to return from IR and possibly suit up for the Steelers this weekend against the New Orleans Saints.

S Damontae Kazee also has been out of the defensive lineup ever since the start of the regular season after suffering a wrist/forearm injury in the preseason finale at Acrisure Stadium against the Detroit Lions on August 28. Kazee was placed on IR and would remain there to this point, but Pittsburgh was impressed with his play in the preseason and decided to keep him in hopes of him returning from the injury to make a meaningful impact to a defense struggling to keep this team in games.

Kazee mentioned Monday morning that he broke his entire forearm on the play on a tackle near the Lions’ sideline that day and had nine screws and a metal plate inserted into his arm. However, per ESPN’s Brooke Pryor, Kazee expects to be activated this week from IR and play in Pittsburgh’s upcoming matchup against the Saints as well.

The news of possibly having both Watt and Kazee returning to the lineup is music to S Minkah Fitzpatrick’s ears who acknowledges the importance both players have on the unit as a whole.

Minkah Fitzpatrick on what the return of Damontae Kazee means to the Steelers secondary pic.twitter.com/hxaRwMEnQc

“For sure,” Fitzpatrick said to the media Monday in the locker room on video from Chris Adamski’s Twitter page. “Both of them are playmakers, so it takes the pressure off myself and other guys to make plays, putting guys in-position and allow you to make plays. Just having a full defense back is obviously going to help us out a lot.”

Watt’s impact on the game is common knowledge as the reigning DPOY single-handedly wrecked games last season for the Steelers, tying the single-season sack record while closing out multiple games in the final moments to help Pittsburgh claim victory.

Kazee also would provide a lot of help on the backend of the defense, being a quality third safety that can interchange with Fitzpatrick and Terrell Edmunds and allow Fitzpatrick to be freed up to make more plays on the football as he mentioned above. Kazee is an impactful hitter and has impressive ball skills of his own, picking off 12 passes in his last three full seasons played.

Pittsburgh may not turn things around enough to make a playoff push to close out the season, but the additions of Watt and Kazee back to the defense would provide much needed splash play ability thanks to their individual skill sets as well as freeing up the likes of Fitzpatrick, Alex Highsmith, and others to make more plays of their own. Having been lacking in the sack and splash play department since Week 1, Pittsburgh likely could secure a few more victories down the stretch should their defense come up big like they did the first week of the 2022 season.