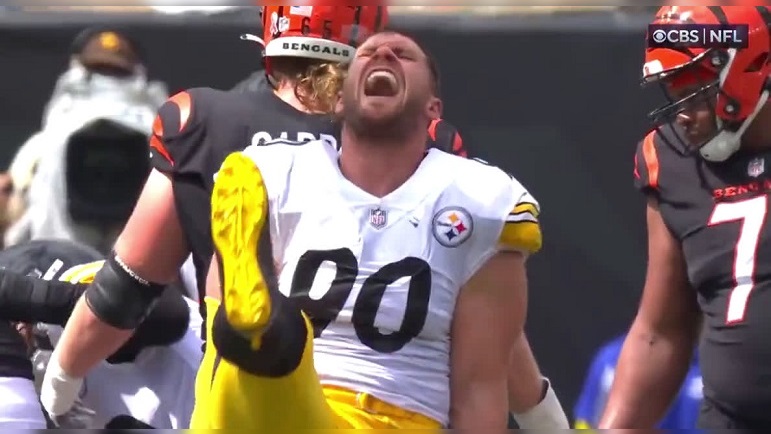 Some good news coming out of Pittsburgh today. Star outside linebacker T.J. Watt has been designated to return, opening up a 21-day window for him to return to the team’s 53-man roster. The team made the announcement moments ago.

Watt was placed on injured reserve after suffering a pectoral injury late in the team’s Week 1 opener against the Cincinnati Bengals. He also reportedly underwent knee surgery roughly one month ago, though it’s unclear how much that impacted his rehab and timetable to return.

Multiple reports indicate Watt is expected to return in Week 10 against the New Orleans Saints following the team’s Week 9 bye. During Tuesday’s press conference, Mike Tomlin said it was “highly unlikely” Watt would be included in this week’s gameplan. But he’ll use the next couple weeks to get back into football shape and try to rejoin the team when they return from their bye week.

Pittsburgh has struggled without Watt, recording more sacks in Week 1 (seven) than they have in the six games without him (five). His return will be a huge boost to the Steelers’ defense in not only getting one of the best players in the league, but the domino effect that has on the rest of the defense.

The Steelers will have until November 16th to activate Watt from IR. If not, he’ll have to spend the rest of the season on IR.