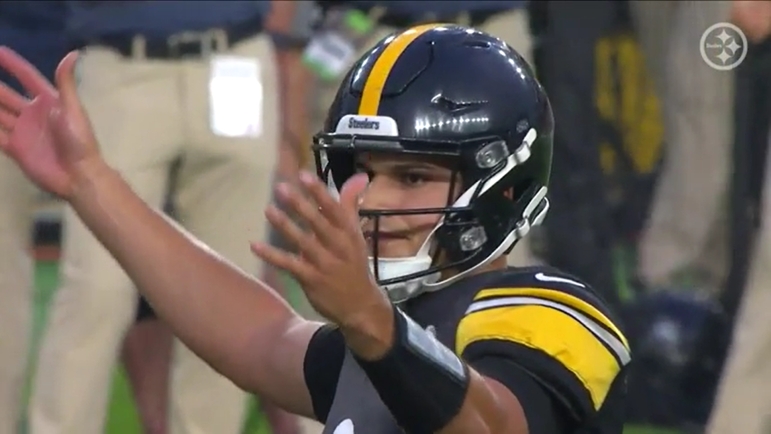 The Pittsburgh Steelers bought and sold at today’s NFL trade deadline in one of the busiest days the league has seen in years. The team dealt WR Chase Claypool to the Chicago Bears for a second round pick while acquiring CB William Jackson III for a 2025 late-pick swap.

Despite the flurry of moves, QB Mason Rudolph remains a Steeler. He wasn’t traded by today’s deadline and will finish out the season with the team.

It’s unclear if there was any serious league-wide interest for Rudolph. During the summer, it sounded like the Steelers were fielding calls but with an uncertain and unproven quarterback room, opted to hold onto him. At today’s deadline, no team around the league was in desperate need of a veteran backup quarterback, likely hurting any potential Rudolph market. Barring injury, Rudolph will remain in his role as the team’s #3 quarterback. He’s yet to dress for a game this season.

Speaking to reporters yesterday, Rudolph said he had not requested a trade and had no control over his status in Pittsburgh. Now it’s official. He’ll remain a Steeler.

After signing a one-year extension last season, Rudolph will be an unrestricted free agent for the 2023 offseason. It’s all-but guaranteed he’ll sign elsewhere and try to secure a #2 backup job. Pittsburgh’s quarterback room again figures to look far different next season. Rudolph will be playing for a new team while Trubisky’s contract is too large to justify being the backup, likely compelling the team to release him if they can’t find a trade partner for late-round/conditional value.

The NFL was busy today with a slew of trades being made. Outside of the Steelers, other notable deals include TE T.J. Hockenson being dealt from the Lions to the Vikings, EDGE Bradley Chubb shipped from the Broncos to the Dolphins, and suspended WR Calvin Ridley traded from the Falcons to the Jaguars. Per ESPN’s Adam Schefter, ten total trades occurred today, the most in deadline history.