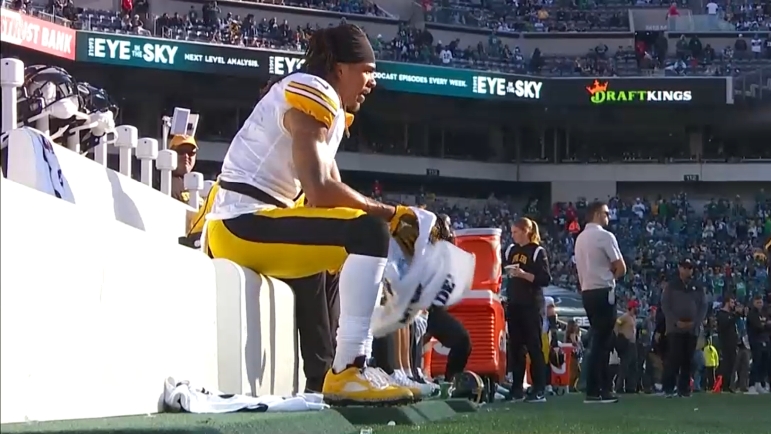 The Pittsburgh Steelers are making a trade ahead of the NFL deadline, which is 4:00 p.m. ET today.

BREAKING: The Bears are trading for Steelers WR Chase Claypool, per source.

According to Field Yates of ESPN, the Steelers are trading wide receiver chase Claypool to the Chicago Bears. The Steelers will reportedly receive a 2023 second-round draft pick for Claypool, according to Adam Schefter.

Claypool, who was originally selected in the second round of the 2020 NFL Draft out of Notre Dame, is currently in his third season with the team. He has one year remaining on his rookie contract.

For his career to date, Claypool has 153 receptions for 2,044 yards and 12 touchdowns. He also has 32 career rushes for 167 yards and two touchdowns.

With the Steelers trading away Claypool they are now left with a wide receiver room that includes Diontae Johnson, George Pickens, Miles Boykin, Steven Sims and Gunner Olszewski.

Claypool leaves the Steelers having caught 32 passes for 311 yards and a touchdown in the team’s first eight games. He also had eight rushed for 55 yards on the season and threw a touchdown pass this past Sunday.

Claypool had a very nice 2020 rookie season that included him make several combative catches. However, he never materialized into the deep threat able to consistently separate and stack that the Steelers probably hoped for. Claypool’s explosive play receptions, along with his drawn pass interference penalties, have diminished the last few seasons. This season, Claypool had mostly been used in the slot.

The Steelers are receiving the Bears original second-round pick for Claypool, per Ian Rapoport of the NFL Network.