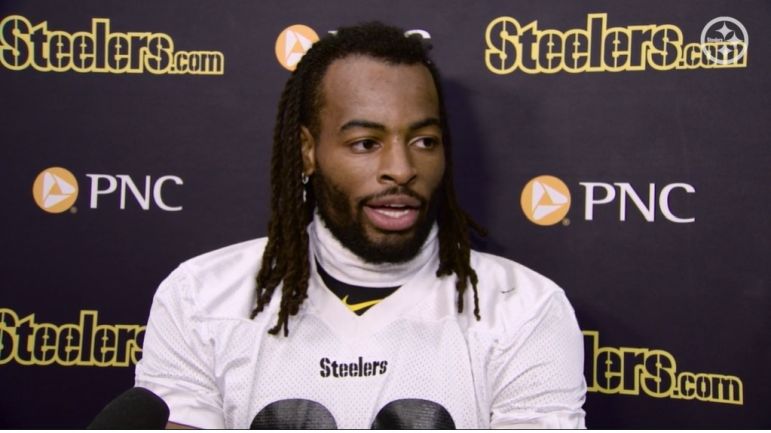 Najee Harris isn’t getting into specifics but he made clear the in-house problems causing plenty of frustration in the Pittsburgh Steelers locker room. And have been addressed. Speaking to reporters Friday, Harris said the team used the bye week to fix the structure of how they work and change the in-house problems that were leading to poor on-field results.

“I think it was a good week of practice,” he said via Steelers.com. “We talked about stuff outside of football that we need to do in-house to help us out on the football field. We made that vocalized.”

Harris was one of several Steelers’ offensive players to call for the team to be more accountable. While he never explained exactly what he meant, it was obvious the locker room was feeling frustrated especially over the team’s rash of recent penalties, unforced errors that put a bad offense in an even tougher spot.

“We talked about a lot of stuff that had to do with in-house stuff. I think that really played a big factor helping us succeed in our individual rooms and team-wise on the field.”

Quarterbacks Kenny Pickett and Mitch Trubisky sung similar tunes while the receiver room has expressed their frustration throughout the season. However, players like Diontae Johnson have struck a more optimistic tone and perhaps that was one area the team openly addressed, leaving in-house criticism in-house instead of spilling it out into the public for sites like ours to devour.

Of course, saying it’s fixed and seeing it fixed are two different things. The bye week helped remove the Steelers from the pain of their 2-6 start and a win against the New Orleans Saints Sunday would bring some energy to the locker room, even if getting back into the playoff race is a seemingly impossible task. But another loss, especially at home off the bye, would bring the energy right back down.

To get back in the win column, Harris and this Steelers’ run game need to get going. Pittsburgh’s running game has slogged through another season with Harris averaging a paltry 3.3 yards per carry. Of running backs with 100+ carries, only Harris and Tampa Bay’s Leonard Fournette have a 3.3 per carry number.

To hear Harris tell it, the issues this offense has faced were deeper than just X’s and O’s. He says they’ve been corrected. Sunday will be the team’s first test to see if he’s right.