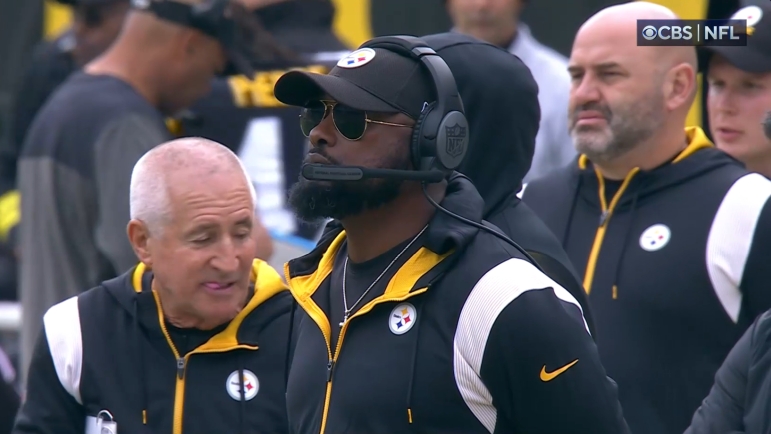 At some point in the future, Pittsburgh Steelers head coach Mike Tomlin will eventually walk away from his job at the helm of the historic franchise.

Already in his 16th season, Tomlin is closing in on Hall of Fame head coach Chuck Noll’s record of 23 years as the head coach of the Steelers. It’s hard to imagine Tomlin walking away anytime soon, especially with the Steelers in transition from the Ben Roethlisberger era, but according to NFL on CBS reporter Aditi Kinkhabwala, Tomlin nearly walked away from the black and gold a few years ago for a cushy job on television.

Kinkhabwala’s comments come one day after CBS Sports insider Josina Anderson revealed that there have been talks behind the scenes around the league that one of the three longest-tenured coaches currently in the league – that being New England’s Bill Belichick, Tomlin and Baltimore’s John Harbaugh — will step down within the next two years.

This Jan. will be interesting in the NFL coaching carousel cycle.

There’s talk behind-the-scenes as to whether any one of 3 of the NFL’s longest tenured head coaches will step down after this season or next as these lists get compiled in preparation for vacancies. We’ll see.

That’s not all that surprising, at least when considering Belichick (22 seasons) and Harbaugh (15 seasons) have been around a long, long time at their respective positions, Tomlin too.

Belichick eventually stepping away makes sense especially as the Patriots continue to go through ups and downs in the post-Tom Brady era, while Harbaugh walking away from the Ravens wouldn’t be all that surprising with it fully becoming Lamar Jackson’s team and a significant contract situation looming.

Tomlin would be a massive surprise though, especially with his excitement regarding Kenny Pickett and the young pieces in George Pickens, Najee Harris and stars like Minkah Fitzpatrick and T.J. Watt that the Steelers have at their disposal currently. Since taking over as head coach of the Steelers, Tomlin holds a record of 157-91-2, including an 8-9 playoff record and has taken the team to two Super Bowls, winning one in 2008.

According to Kinkhabwala though, that nearly happened.

Of course, it’s unclear what year this would have been, or if Kinkhabwala is even accurate. Tomlin’s name has been thrown around regarding other jobs in recent seasons, especially at the collegiate level, but there was never much traction when it came to Tomlin and a possible television job.

Current Los Angeles Rams head coach Sean McVay was involved in significant rumors in recent years regarding the potential Monday Night Football play-by-play gig, as well as other TV roles in his post-coaching days. Tomlin would be a great fit on television overall due to his personality and willingness to tell it like it is.

But it’s hard to envision he was ever contemplating jumping ship without knowing the year this reportedly happened. He’s very clearly committed to the Steelers moving forward and doesn’t seem to have much interest in doing anything besides coaching football and leading men.