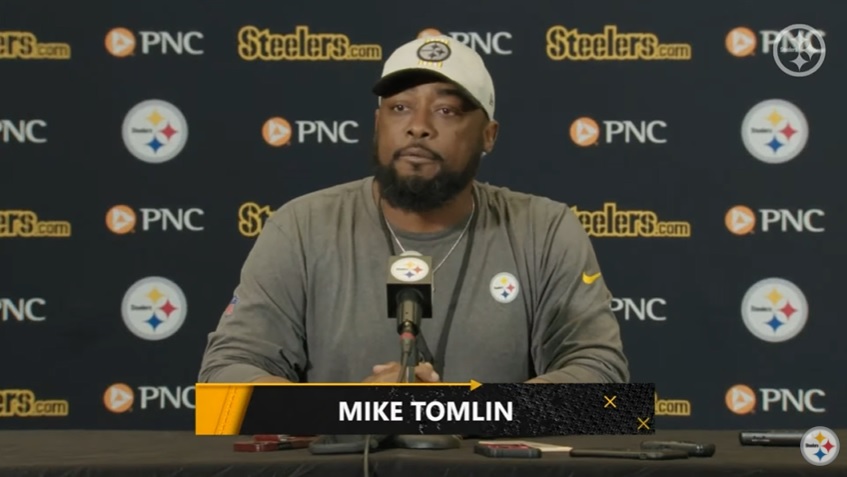 “Hey guys, I don’t have time for that speculation,” Tomlin said via the team’s YouTube channel. “That’s a joke to me. I have one of the best jobs in all of professional sport. Why would I have any interest in coaching college football? That’ll be the last time I address it. Not only today but moving forward. Never say never but ‘never’.

Carson Palmer recently said USC has Tomlin on its list of frontrunners for its head coaching job and several others in the media have floated the idea of Tomlin being pursued by the college game. But teams having interest and Tomlin having interest are two wildly different things in the way someone wishing for a Lambo doesn’t make one appear in the driveway.

Tomlin signed a multi-year contract extension this offseason. That cemented him as the face of the Steelers for several seasons to come. Tomlin wasn’t happy to even be broached about the topic.

“Anybody else have any questions about any college jobs? There’s not a booster with a big enough blank check. Anybody asking Sean Payton about that? Anybody asking Andy Reid about stuff like that?”

Suffice to say, Tomlin gave a denial in the strongest possible terms. While there’s little doubt Tomlin would be a great college coach with his ability to connect, recruit, and teach, there’s been zero indication during any of this specu-porting that Tomlin had interest to leave Pittsburgh, much less go to the West Coast like USC. That would mean uprooting him family who have built roots in Pittsburgh and being further away from his sons, who attend college at Maryland and Columbia.

The only possible way Tomlin becomes a college head coach is if he is someday fired by the Pittsburgh Steelers. That’s unlikely to happen at any point, and certainly won’t occur anytime for the next several years. Even then, he could probably pick any NFL job he wanted.

Bottom line: It may not stop the silly speculation, but Mike Tomlin will remain the Steelers’ head coach for 2022 and beyond.

Mike Tomlin puts to bed the college coaching talk about him: #Steelers pic.twitter.com/PuedLcCbBX