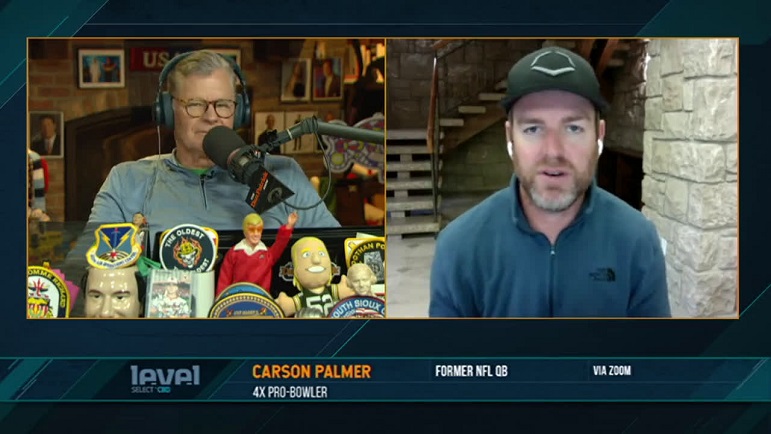 On Monday, former NFL quarterback Carson Palmer, an USC alum, weighed in with his thoughts on Tomlin possibly being his alma matter’s new head coach during his interview on ‘The Dan Patrick Show.’

Carson Palmer has been included in conversations surrounding #USC next Head Football Coach and he says #Steelers HC Mike Tomlin is a name that could be in the mix. pic.twitter.com/GJpar0cZUy

Palmer, who seems to be on some sort of sounding board related to USC’s ongoing head coach search, indicated during his Monday iniyerview with Dan Patrick that Tomlin is certainly viewed as a possible candidate to become the Trojans’ next head coach in 2022. After first saying there are currently a lot of frontrunners when it comes to who might end up being USC’s next head coach, Palmer then proceeded to specifically point to Tomlin as him being a wild card of sorts.

“You’ve got a wild card like a Mike Tomlin that if Mike Tomlin wants out [of Pittsburgh],” Palmer told Patrick. “And I think, you know, at the end of the day, there is not a direct, that’s the guy everybody’s pointing their fingers at. There’s a lot of great options.”

Patrick then asked Palmer if Tomlin hypothetically has been discussed so far.

“I’m sure he has,” Palmer said. “I think anybody is a potential candidate right now and that’s what’s so great about the job is it can lure an NFL guy that’s tired of their current situation and worried about is Ben Roethlisberger gone. Is he done? Who are we going to draft? Does Mike Tomlin have to start over with a first round young rookie quarterback? You know, everybody’s on the table being that job is so big and so coveted. You know, I think there’s a bunch of people that are in the discussion and once we get to Week 16, 17 of the NFL season and the college football season is over, we’ll have a direct front runner.”

Personally, it sounds to me like Palmer is way outside on the fringe when it comes to being in the direct know of who really is a frontrunner to be USC’s next head coach. He might be asked his thoughts on the matter, but I doubt he’ll have much of a say overall or be privy to who legitimately is being considered. That said, Palmer seems like he would be fine if Tomlin were the next head coach at USC.

“I think he’s a great option,” Palmer said of Tomlin. “I played against him for seven, eight, nine years.”

Personally, I will be surprised if Tomlin jumps from the Steelers to be the next head coach of LSU or USC. Like I mentioned at the start of this post, Tomlin is currently under contract with the Steelers through the 2024 season. That’s a big obstacle in and of itself. Second, Tomlin’s youngest child is still in high school, and one would think he wouldn’t want to uproot the family from Pittsburgh until she is off to college.

Personally, I think Tomlin would make a great college head coach. That said, I don’t think we’ll get to see how good of college coach he might just be for at least a few more years. All this recent talk by former NFL players Palmer and Ryan Clark seems to be based more on hope than actual legitimacy of happening. In short, Tomlin possibly heading to USC or LSU after the 2021 season seems to be manufactured smoke not related to any actual fire.