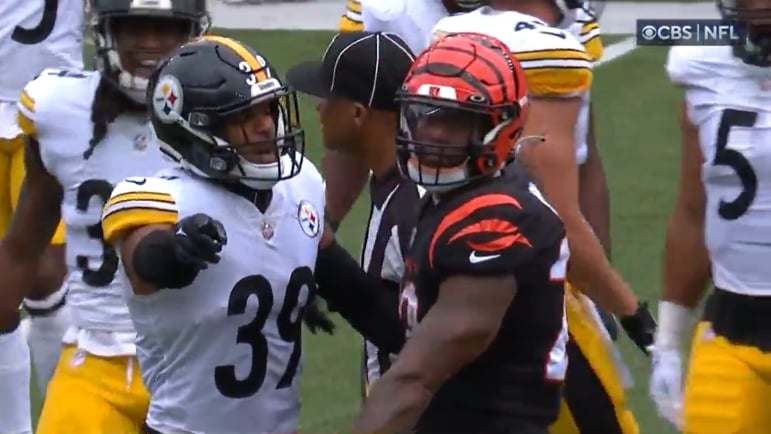 The Pittsburgh Steelers did a relatively good job bottling up Joe Mixon when they beat the Cincinnati Bengals in Week 1, holding him to 82 yards on 27 carries. Mixon was a factor in the passing game as well though, with seven receptions for 63 yards. All things considered though, the Steelers did a fine job on the star running back. When they face Mixon and the Bengals in Week 11, he’ll be coming off his best game of the season, when he had 22 carries for 153 yards and four touchdowns on the ground while catching four balls for 58 yards and a touchdown through the air. Defensive coordinator Teryl Austin talked about the importance of stopping Mixon if the Steelers want to have success on Sunday.

“I think for us, we go into every game with the idea that we have to stop the run first. I know a lot of people are like, ‘What are you talking about, it’s a passing league,’ but that’s how we go into the game. We feel no different this week. We felt no different in Week 1. We thought we had to do a really good job on Joe Mixon to have a chance to win the game, to be in the game at the end, and at that point, win in the weighty moments, as Mike [Tomlin] likes to call them. So, nothing’s going to change. Our goal is that we’ve got to stop Joe Mixon, because if Joe Mixon runs on us, that doesn’t leave as much of a chance,” Austin said via official transcript provided by the team.

Last season, the Steelers ranked dead last in run defense, and Mixon gashed them for 165 yards on 28 carries at what was then-Paul Brown Stadium on November 28 in a 41-10 blowout Bengals win. This year, the Steelers’ run defense has been significantly better, as they’re sixth-best in the NFL in opponent rushing yards per game at 108 yards per game, and that’s without T.J. Watt for much of the season.

With Watt back and healthy, and a defense that’s nearing full strength with Minkah Fitzpatrick logging a full practice today, the Steelers’ run defense should be as strong as ever. Last week, the team bottled up New Orleans Saints running back Alvin Kamara, and that was without Myles Jack, who while active, didn’t play due to injury.

Obviously, Mixon can’t have the type of game he did against Pittsburgh in their second meeting last year, nor the game he had against Carolina in Week 9. The Steelers have to keep a lid on Mixon to make sure the Bengals can’t beat them with the run and the pass and try to take away their play action as much as possible. Star wideout Ja’Marr Chase is out with an injury on Sunday, and the Bengals might lean on the run or try and be creative to get looks to wide receivers Tee Higgins and Tyler Boyd. It’s going to be more important than ever for Pittsburgh to limit Mixon if they want to win on Sunday.