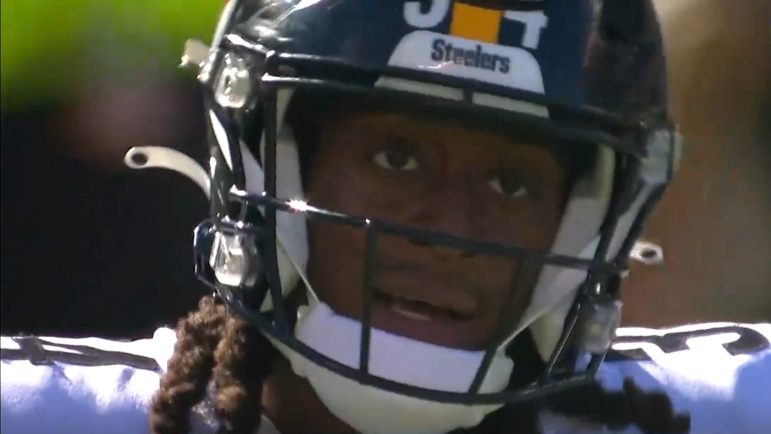 For fifth-year safety Terrell Edmunds, the losses certainly sting, but so too do the missed opportunities in each game for the secondary to make plays, potentially changing the outcomes of both games.

In Week 7 against the Miami Dolphins, the Steelers dropped four interceptions. Cornerback Levi Wallace dropped two, while Edmunds and cornerback Cameron Sutton dropped one each. Those four drops ultimately led to the Dolphins holding on for a 16-10 win over the Steelers on Sunday Night Football.

In Week 8 against the Philadelphia Eagles, the Steelers didn’t exactly drop interceptions like they did a week prior, but they failed to make plays when the opportunities presented themselves, especially on deep balls to star receiver A.J. Brown were star safety Minkah Fitzpatrick misplayed a ball resulting in a touchdown, and Ahkello Witherspoon failed to punch down on the football in coverage, resulting in another score from Brown.

Edmunds, who spoke with the media from inside the UPMC Rooney Sports Complex Monday following the loss to the Eagles, according to video via Steelers.com, stated that if the Steelers just make the plays that present themselves in games, the outcomes could have been different.

In a game of inches, a play here or a play there is the difference. Unfortunately for the Steelers, they’ve been on the wrong side too often this season.

“Honestly I feel as if we just have to make plays in all of those games, I think the outcome could have been different,” Edmunds stated to reporters Monday, according to video via Steelers.com. “It’s some plays here and there that, I wouldn’t say determined the game, but you know, those fifty-fifty plays you definitely wanna make. And then from there we can just…you never know how the game can go from there.”

While Edmunds is right that none of the plays the Steelers failed to make truly determined the game overall, they had a massive impact on the outcome, period. Against the Dolphins, the four dropped interceptions were killer, especially with two of them occurring in Steelers territory.

'As a team we have to hold ourselves accountable. We know we haven’t been playing good football. We’re 2-6. We have to figure out where we need to be and go from there.' – @rell_island6

Then, against the Eagles, Fitzpatrick was in great position to make a play on the football on the deep shot to Brown to open the game, but he misplayed the football in the air, allowing Brown to make the catch on the 39-yard touchdown, giving the Eagles a 7-0 lead. Next drive, Jalen Hurts found Brown over Witherspoon for a 27-yard score on a play that Witherspoon was in position to make, but failed to complete, resulting in another touchdown.

The inability to complete plays has been rather frustrating for the Steelers defense, especially the secondary, as the Steelers have fallen to 2-6 on the season and enter the bye week needing to figure things out in a hurry.

Making a play here or a play there could go a long way towards finding their footing once again.