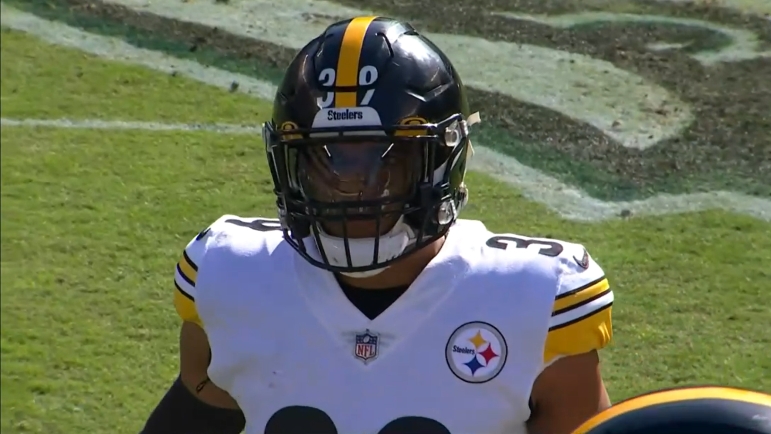 It’s a situation and a matchup the Pittsburgh Steelers feel good about no matter what: star safety Minkah Fitzpatrick in coverage.

Early on in Sunday’s loss to the Philadelphia Eagles, it looked like it was going to be a play Fitzpatrick was going to make against Philadelphia wide receiver A.J. Brown on the deep shot from Jalen Hurts up the seam.

instead, much like the Gabriel Davis touchdown in the blowout loss to the Buffalo Bills, Fitzpatrick couldn’t finish the play on the ball, resulting in a 39-yard touchdown catch by Brown, putting the Eagles up 7-0, kickstarting the rout.

Minkah Fitzpatrick on the big plays against the Steelers defense pic.twitter.com/lYIYp83jbx

After the play, Fitzpatrick was incredibly frustrated with himself for not making the play on the ball in the air. Following the loss, Fitzpatrick remained rather frustrated with his performance against the Eagles, in which Brown hauled in three touchdowns and Hurts threw for 285 yards and four scores, stating to reporters inside the locker room at Lincoln Financial Field that he needs to make the playoffs that come his way, according to video via the Pittsburgh Tribune-Review’s Chris Adamski.

“I gotta make plays on the ball. I started the game off with a play that I should have made. It should have been a pick and a return,” Fitzpatrick stated to reporters, according to video via Adamski. “The dynamic of the game is totally different with that. I gotta make the plays that come my way. Every single one of them.”

Fitzpatrick’s being rather hard on himself after the loss, but that’s what leaders do.

He knows he blew it on the first touchdown to Brown, which then set the tone for the rest of the game as the Eagles had no fear of throwing deep to Brown, leading to three touchdowns of 25+ yards, ultimately resulting in cornerback Ahkello Witherspoon being benched.

Fitzpatrick has come up big for the Steelers time and time again, but on Sunday when the black and gold needed him the most, he couldn’t make the play, and as he stated, it ended up changing the entire dynamic of the game.

If he makes that play on Brown and picks it off, it might have the Eagles thinking twice about challenging Fitzpatrick deep in the middle of the field. Instead, the touchdown gave the Eagles and Hurts all the confidence in the world, which led to Philly dicing up the Steelers’ secondary throughout the day.

Three games in a row the Steelers haven’t forced a takeaway. Making the plays that are there sounds simple and all, but it’s becoming harder and harder for the Steelers to make the simple plays when they present themselves, even for the great ones on the defense.