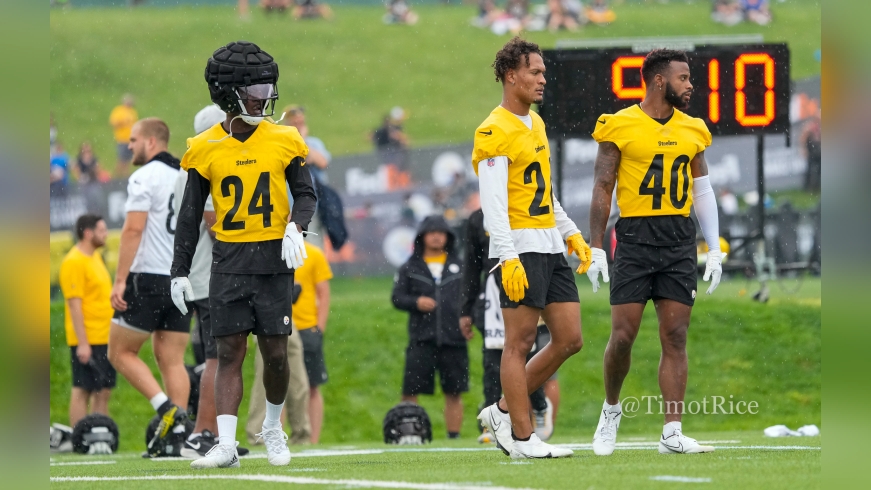 The Pittsburgh Steelers secondary has not been a strong unit for them in 2022 in terms of pass coverage. After eight weeks, this defense allows the third most total pass yards, the second most yards per attempt, and is tied for allowing the most passing touchdowns. While the secondary has enough talent and is led by All-Pro safety Minkah Fitzpatrick, inconsistent play and injuries have plagued them.

On the bright side, the secondary is getting much-needed reinforcement. That is, the team traded for cornerback William Jackson III, and is getting back veteran safety Damontae Kazee from injury. Fitzpatrick was asked about whether communication will be a struggle with the new additions on a Monday press conference on Steelers.com.

“I mean, communication is key in the secondary,” Fitzpatrick said when asked about the new additions. “When you got new guys in there, like you said, you gotta make sure that they know how we talk, how we communicate, and you can’t just expect them to know. You gotta kind of overcommunicate when they first start getting those reps.”

It is tempting to welcome the new additions under the assumption that it cannot get any worse. That being said, Fitzpatrick is right in stressing the importance of communication. The Steelers also know this well, with one example being their decision to not play Anthony Miller last season to ensure that he adapted to their system. Luckily, the team is getting Jackson and Kazee back in a bye week, and will have extended time to ensure their adjustment.

As a free agent acquisition this past offseason, Kazee’s transition figures to be easier, as he got plenty of reps with this group in training camp. Kazee has experience playing both safety positions as well as in the slot. The team’s defensive back coach Grady Brown recently stated that the preseason plan for Kazee is certainly not out of the question. The veteran safety figures to see the field sooner than later in sub-packages, especially given the quality of play the team has seen in the secondary.

On the other hand, the transition for Jackson will likely be a bit more difficult. As is well known, the Steelers had significant interest in Jackson in the 2016 NFL draft, and now finally get their guy. Jackson will replace one of cornerbacks Levi Wallace and Ahkello Witherspoon on the outside. Given the former allows an 86.9 passer rating while the latter allows 127.7, it will likely be Witherspoon that Jackson replaces, especially considering his recent benching against the Philadelphia Eagles. While Jackson’s struggles are noteworthy, it really can’t get much worse than what we have seen.

It is hard to say whether these additions will solve the secondary’s issues. However, if Kazee and Jackson are played in the optimal roles for their talents, they may clog up the weak spots on the secondary and lead to much-needed improvement. These two additions are far from the most significant one to the defense, as the team is also getting reigning DPOY T.J. Watt back from injury. This will undeniably give this struggling pass rush a much-needed boost, and make the secondary’s job far easier, as it did in Week 1 before Watt’s injury.

With Fitzpatrick as the leader of the secondary, the transition process for Kazee and Jackson is in good hands. With three key additions to the defense, the team will presumably find it easier to stick to their defensive identity.