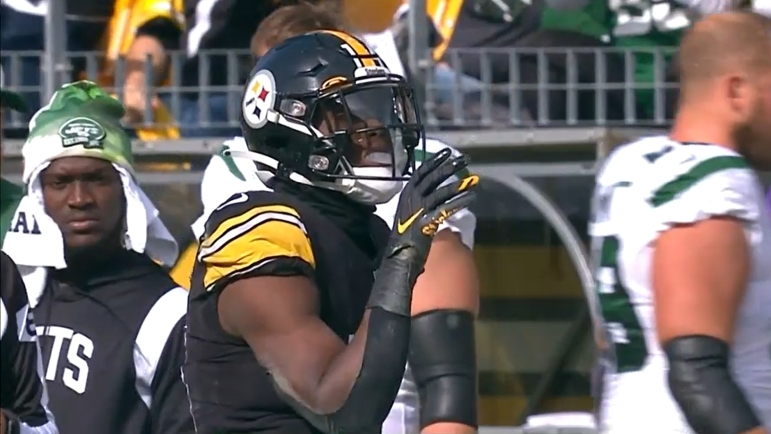 When opportunity meets preparation, good things usually happen, and as the Steelers currently sit at 2-6, they definitely need some positive momentum as they head down the home stretch of the season. The schedule makers did the team no favors early in the year, but the schedule does lighten up somewhat in the second half.

One player who should without a doubt be much more involved over the latter portion of the season is rookie wide receiver George Pickens. Over their recent bye week, the team traded WR Chase Claypool to the Bears, netting a 2023 second-round pick in the process, and opening up room for plenty more targets for Pickens. The 6-foot-3, 200-pounder already appears to have a tremendous rapport with fellow rookie quarterback Kenny Pickett, and has posted at least six catches and 80 yards or a touchdown in three of the last four games. Thus, it should come as no surprise that earlier today, Alex Ballentine of Bleacher Report has Pickens as the team’s top breakout candidate over the second half of the season.

“The Pittsburgh Steelers’ decision to trade away Chase Claypool to the Chicago Bears was the most significant endorsement they could’ve given to the receiver,” Ballentine wrote via Bleacher Report. “With Claypool in the Windy City, Pickens is now No. 2 in the pecking order behind Diontae Johnson and the best deep threat at Kenny Pickett’s disposal.”

A clone of fellow former Georgia Bulldog A.J. Green, Pickens has already put his name on the NFL map this season, after making several freak show-type of catches, showing elite body control for a receiver of his size. He’s coming off a game against the undefeated Eagles in which he didn’t record a catch, despite logging 65 snaps, however much bigger performances should be on the horizon.

After missing the majority of his final season in Athens due to a torn ACL, it would’ve been a natural assumption that the early portion of Pickens’ rookie season would be an adjustment period, not only getting used to playing on a surgically repaired knee, but also the jump-up in competition. So far, Pickens has passed both with flying colors, so it would also be a fair assessment that much brighter things are in-store.

In offensive coordinator Matt Canada’s heavily-maligned offense, there will be a plethora of extra targets to go around, and thus far this season, Pickett not only has a 92.2 QB rating when targeting Pickens, but almost 27% of Pickens’ catches have went for 20-plus yards, which ties him for third in the league among players with a minimum of 40 targets. In other words, Pickens will definitely be taking on a much bigger bite of the apple moving forward, and rightfully so.

“It’s easy to see the talent in plays like the one-handed snag that went viral against the Cleveland Browns. Expect more highlights to come.”