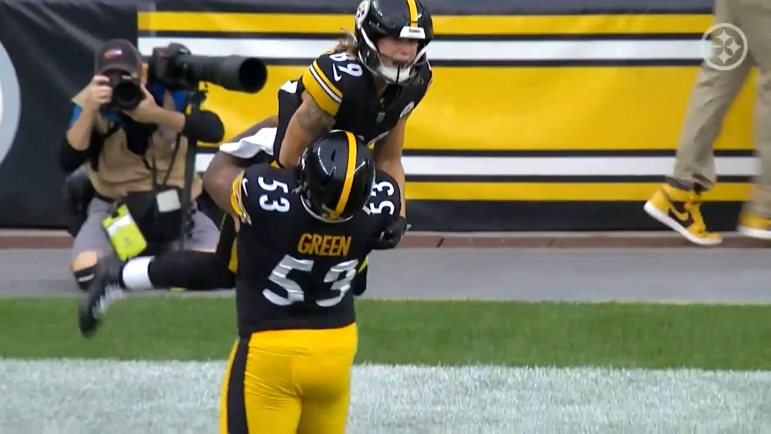 Reasoning: With the Steelers now down to only five wide receivers on their 53-man roster for the rest of the season following the trade of Chase Claypool and the season-ending injury for rookie Calvin Austin III, Gunner Olszewski appears guaranteed to have a helmet for the remainder of the season. And possibly even some work in the slot.

Is Gunner Olszewski now the Steelers’ number two slot receiver? I have no idea what the future may hold for him on offense exactly—certainly more than before Chase Claypool was traded—but I do know that a group of wide receivers that started out at seven is now down to five, and he remains one of them.

Even in spite of the fact that he lost his job as the primary return man due to his ball security issues, Olzsewski will continue to contribute, and he has seen work on both return and coverage units on special teams.

Up to now, he has only played 39 snaps on offense all season, including zero in two of the last three weeks, and has not seen more than 10 in a single game. There exists the possibility of that changing in a meaningful way.

It appears again that Sims has an edge here over Olszewski, which he certainly should, but there is no reason the team should not give a variety of different options a look. Going from very possibly being released to now seemingly guaranteed not just a roster spot by a gameday helmet for the rest of the season, the fourth-year veteran has an opportunity to redeem himself.