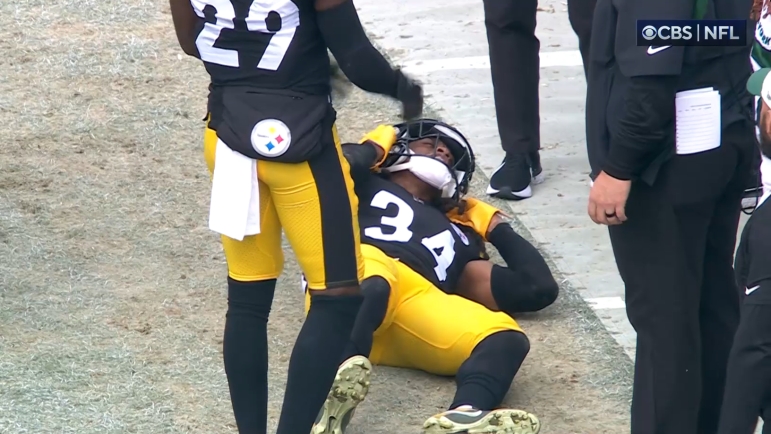 The #Steelers have downgraded S Terrell Edmunds (concussion) to OUT for Sunday's game at Buffalo.

Edmunds suffered a concussion against the New York Jets last week and spent the week in concussion protocol. Evidently, he didn’t clear protocol in time to be cleared for Sunday’s game, and will be out. Edmunds will likely be replaced by Tre Norwood at safety, with Arthur Maulet filling a bigger role in the slot. Edmunds joins Ahkello Witherspoon as Steelers who have already been ruled for Sunday’s game.

With Edmunds out, it’s possible we see a practice squad elevation for Pittsburgh before tomorrow’s game in order to add depth in the secondary. Last week, the team elevated both outside linebacker Ryan Anderson and cornerback Josh Jackson. This week, if the team feels confident in outside linebacker David Anenih, they could call up Jackson and safety Elijah Riley, whom the team claimed off waivers from the Jets this preseason. Cornerbacks Mark Gilbert and Quincy Wilson are also possibilities.

Edmunds has 13 tackles and a pass deflection so far this season.