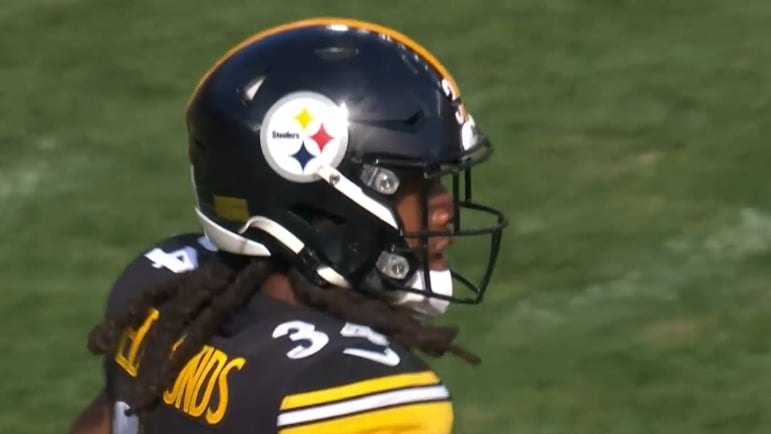 After Terrell Edmunds was picked by the Pittsburgh Steelers in the first round of the 2018 NFL Draft, he was greeted with obvious expectations. Expectations of any first-round pick are high, but in a football-crazed town like Pittsburgh, the lofty expectations are even higher. If you told me when Edmunds was drafted that he would go on to play in 70 of a possible 71 games, starting in 66 of them mid-way through his fifth season, I would assume he’d more than exceeded expectations in Pittsburgh. Generally, many still view Edmunds as a bust, and their confirmation grew when the Steelers chose not to pick up his 5th-year option prior to the 2021 season.

His 2021 was good enough for Pittsburgh’s front office to bring him back this offseason. While it wasn’t the most lucrative deal, coming in at right around $2.5 million, it keeps the pair of Edmunds and Minkah Fitzpatrick together in the backend, something that has proved crucial to this Pittsburgh defense, while allowing Edmunds to prove if his solid play in 2021 was no fluke.

So far, Edmunds has proved it was anything but a fluke. Outside of his week three game in Cleveland, he’s been playing his best ball to date in 2022. He more than stepped up for an injury-riddled Steelers defensive secondary in a week 6 win against Tampa Bay, which may have been Edmunds’ best game of his career. In week 7, in Miami, he got his partner in crime, Minkah Fitzpatrick, back and I was curious to see how he followed up his strong outing in week 6. He didn’t disappoint.

One thing no one has ever come at Edmunds for is his athleticism. In that category, he’s elite in just about every area, and he’s finally putting it all together. 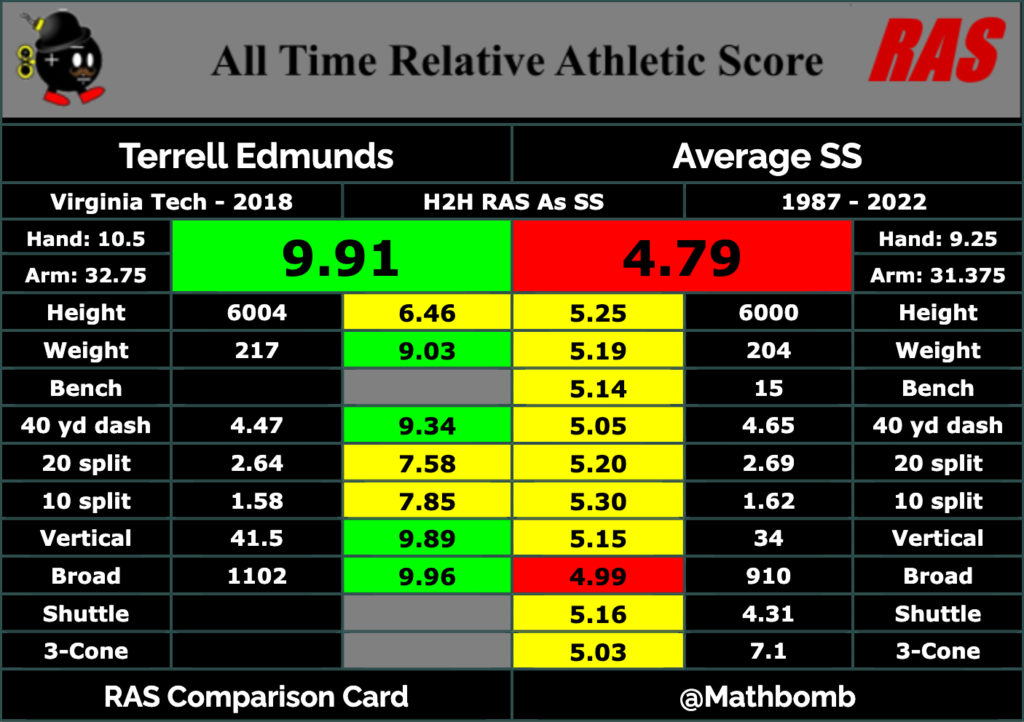 If you remember the Gabriel Davis 98-yard touchdown pass in the Buffalo Bills game (apologize for making you remember, if you forgot), it happened in large part to a bracket coverage that began with Tre Norwood disguising a 2-high look by being closer to the line of scrimmage. His athleticism, or lack thereof, was the main reason the play worked as Gabriel Davis was able to fly right by him and ruin any possible angle.

Fast-forwarding to the Dolphins game, the defense ended up in a similar situation, running a 2-high shell with Edmunds disguising, lining up closer to the line of scrimmage. Levi Wallace gets caught peeking inside at the snap and gets torched by Tyreek Hill. With Edmunds’ speed and good angle, he’s able to run stride for stride with one of the fastest WRs in the NFL, in Hill.

Edmunds benefits with an underthrow from the QB, but regardless he’s in position, gets to the hip, turns his head, and breaks up the pass. Only a handful of safeties have the athletic profile to make this play, impressive rep.

Another area Edmunds is using his athleticism is in the run game.

In two-straight games, Terrell Edmunds has had run stops at or behind the line of scrimmage. He’s beginning to trust his eyes more and then allowing his elite athleticism and burst to take over from there.

These are the type of “splash” plays Edmunds can consistently offer you defensively. His burst through the gap is insane.

The reason I bring up splash plays is that Steelers fans collectively have to lose any expectations of catching the football as they did with Ike Taylor. They’re not going to get much easier than this for Edmunds and he knows it.

While it would have been nice for him to catch one of the Steelers’ eventual four dropped interceptions in the game, there’s a reason Edmunds only has five interceptions in his career. He’s not gifted in the art of ball skills, and likely never will be.

Luckily, Edmunds has been extremely solid in just about every other part of his game. In this next clip, watch as he rotates down into the box due to the motion. Then, executes a perfect run fit, filling the cutback lane left by the slanting Alex Highsmith. The Dolphins running back cuts right into the waiting arms of Edmunds.

Another area of improvement for Edmunds has been in coverage.

Here, he’s lined up outside of the tight end. A part of his game I love is he always makes it a point to get to the hip of whoever he’s covering. A lot of Steelers DBs struggle in this department, especially when working with an outside shade and they end up getting killed on in-breaking routes. He wastes no time here as Dolphins QB, Tua Tagovailoa, is getting the ball out quick. Edmunds clicks and drives hard, and with a diving attempt, gets a piece of the tight end’s arm just as the ball is arriving, causing it to bounce off the Dolphin’s helmet.

Here’s the last clip we’ll take a look at for Edmunds. He walks down into the box, again covering the Dolphins’ tight end, Mike Gesicki. He’s able to fight through a poor attempt of a pick and easily stick in the pocket of the Gesicki. It would have taken a perfect throw to complete this, and the QB doesn’t deliver.

Edmunds will never bring a true excitement factor to his game, but he’s maximizing his game right now. This is truly the best we’ve seen from him and has me already thinking ahead about the Steelers possibly being able to seal him up long(er)-term this off-season at the right price. He and Minkah Fitzpatrick have great chemistry in the backend of the defense and keeping the two soon-to-be 26-year-olds together for the near future will be extremely beneficial to this defense.

Will it happen? Time will tell.

What do you think about Terrell Edmunds’ play this season? Would you like to see him get re-signed this off-season? Let me know in the comments.