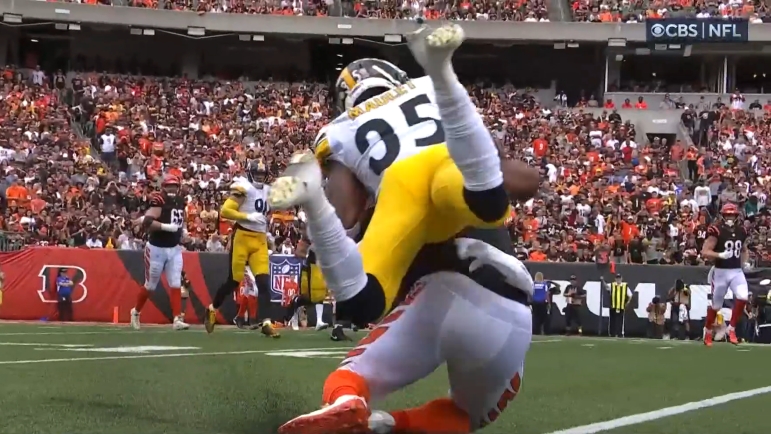 Most teams had some difficult decisions to make last year in free agency that they might not otherwise have had to face. Because of the loss of in-stadium revenue from the 2020 season due to the COVID-19 pandemic, the salary cap actually fell substantially, so with a tighter budget, plans had to change.

Certain players you wouldn’t be able to afford to keep, or you wouldn’t be able to afford as many as you’d hoped. The Pittsburgh Steelers certainly dealt with this situation, for example, when they lost out on retaining cornerback Mike Hilton, who signed a contract with the rival Cincinnati Bengals that was structured in such a way that would have been difficult for Pittsburgh to match.

But they did bring in a guy whom they’d hoped might be able to duplicate his skillset, or at least approach it, that being Arthur Maulet. We have made that comparison to Hilton a number of times, in fact, and speaking to Aditi Kinkhabwala yesterday for 93.7 The Fan, he confirmed that this is basically what he was told.

“Coming with the Steelers, Mike Tomlin put me in a position—obviously they lost Mike Hilton—so he’s like, ‘Look, man, I think you can do what he did. Watch his film’”, he said. “So they lost Mike Hilton to Cincy, he got the bag a little bit, and I signed on a reserve contract, no signing bonus, 990 [$990,000, the veteran minimum for his accrued level of experience in 2021], nothing, seeing if I could make a team and do something”.

Maulet ended up playing almost 400 snaps, registering 47 tackles including five for loss with a forced fumble. He didn’t get a sack (he does have one this year), but he was also used on the blitz as Hilton was and managed to bring pressure. He plays better downhill, and this year is being used more on early downs.

He played well enough in 2021 that the Steelers re-signed him this offseason to a two-year deal worth nearly $4 million, a not insignificant pay raise for a player in his position, pocketing a little over $2 million in cash for the 2022 season including a $1 million signing bonus.

This is thanks at least in part to Tomlin’s vision for him when they signed him, understanding how he should be used. “He put me in a great position to show my skillsets”, Maulet acknowledged, although sometimes in-game circumstances dictate otherwise.

Now in his sixth year, and second with the Steelers, he is becoming a voice in that locker room. It was apparently heard a couple of weeks ago when he expressed his displeasure to some teammates’ response to a 35-point blowout loss. His passion for the game is a valuable resource in that locker room as an underappreciated emotional leader, and as an important niche player on the field who is filling in an important role that they lost, at a fraction of the cost.