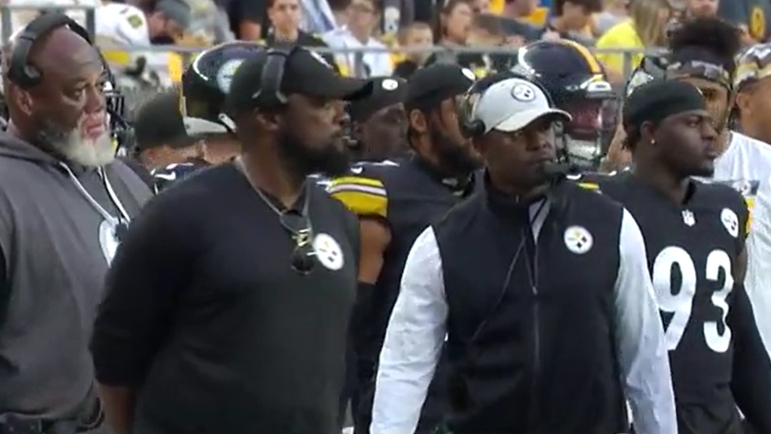 There are plenty of storylines surrounding the Sunday Night Football matchup between the Pittsburgh Steelers and Miami Dolphins at Hard Rock Stadium in Coral Gables in Week 7, from the return of Dolphins quarterback Tua Tagovailoa from two concussions, Steelers safety Minkah Fitzpatrick’s return to Miami for the first time since the 2019 trade, and the halftime celebration of the 1972 undefeated Dolphins team.

One main storyline that will have a ton of attention though is the return of Steelers senior defensive assistant and linebackers coach Brian Flores to Miami just one season after being fired as the head coach, which ultimately embroiled him in a lawsuit against the league citing discrimination.

For three seasons, Flores was the head coach of the Dolphins and is very familiar with the talent on the other side of the ball. For outsiders, that familiarity and understanding of the way guys tick and play in certain situations would be something to lean on for the Steelers. According to head coach Mike Tomlin though, that connection and familiarity is overblown, he stated during his weekly media availability, and has more to do with the players being able to recall things when on the field, rather than a coach knowing something about his former team.

“I’ll say this regarding Coach Flores, because I know you guys are going to make it a storyline all week. It is a useful resource, but in the coaching profession, we all feel it’s overblown, to be quite honest with you. It’s not about what coaches know. It’s about what coaches can convey to players and it’s about what players can recall in an instant in the moment before ball snaps,” Tomlin stated to reporters Tuesday, according to video via the Steelers’ official YouTube page. “And so oftentimes you can sit around a classroom and a coach can provide quality insight and a player can nod in agreement.

“But the minute they get on their feet and the bullets are about to start flying or a snap is imminent, those things become less relevant. And so, I understand what you mean when you ask that. But we gotta put together a good plan. Our players gotta understand the plan. They gotta go out and execute the plan,” Tomlin added. “And very little of that has to do with where Coach Flores worked last year or his intimate knowledge of, of members of their football team, et cetera. Um, this is a small fraternity, particularly at this level. Those storylines exist every week, and that’s just our mentality regarding them.”

Coach Tomlin addresses the media ahead of our Week 7 game against the Dolphins. @PNCBank

The coaching fraternity in the NFL is certainly a small one, and storylines like the return of Flores to Miami one year after being fired — from a coaching perspective only — happens seemingly every single week. It’s nothing new, nor should the Steelers treat it as anything new, much like they did with Flores’ familiarity with Tom Brady last week against the Buccaneers.

This week though, things are a bit different with Flores returning to Miami, considering he’s suing the league. While Tomlin shut down multiple attempts at a question regarding the lawsuit between Flores and the league, calling it “irrelevant” for the Steelers, it’s something that will be talked about all week long leading up to the matchup.

This one means more for Flores. There’s no two ways around that. Not only does he want to help the Steelers climb out of a hole and put a clamp on the Dolphins’ explosive offense, he wants to stick it to Dolphins owner Stephen Ross.

As Tomlin stated though, the connection from coach to former team only goes so far. There is certainly some familiarity and understanding there, at least from a personnel perspective, but it’s overblown as that’s as far as it goes. It’s up to the players to understand the gameplan and be able to recall on the fly during snaps, rather than a former coach helping them know what to do in every situation.