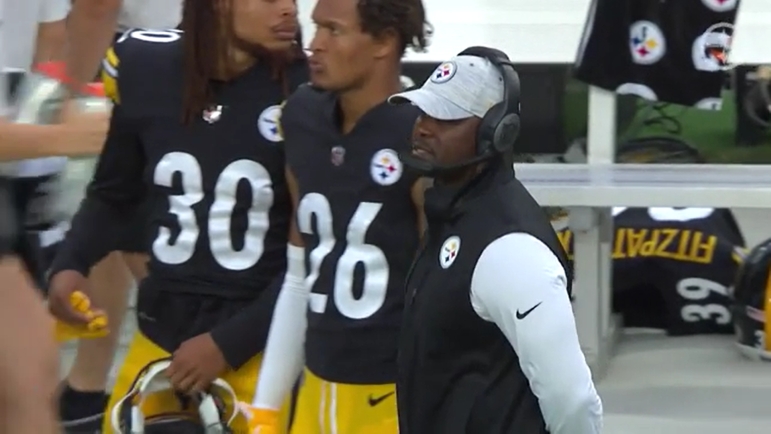 Flores was on the New England Patriots’ coaching staff from 2008-2018, which overlaps with Brady’s time in New England. He also coached against Brady in 2019 when he was head coach of the Miami Dolphins. Austin talked about the connection that Flores has with Brady during his press conference

“He kind of, again, knows in a sense of all the things Brady values and their core concepts and core values that they like to do football-wise,” Austin said via the official transcript provided by the team.

What is on film is on film, and over Brady’s 23-year career, there is a lot of film. Having Brian Flores in the back pocket of Austin is huge, as like he said, Flores has more knowledge of how Brady operates than anyone on the Steelers’ coaching staff.

Austin and Flores have been working together closely since the start of the season. In his press conference, Austin was asked about the impact Flores will have.

“He’s had the same amount of input he’s had from day one. That’s like all our guys. We want that because we want to use good minds and good thinkers and guys that understand football.”

Austin mentioned that the scheme the Tampa Bay Buccaneers run is different from the scheme Brady ran while playing in New England, which will in some ways limit the amount Flores can help out in meetings. However, this runs back to the point of the importance of knowing Brady and how he thinks. Even though Flores may not know the exact details of the Buccaneers’ offensive scheme, he still knows how Brady likes to operate and what he specifically is looking for when playing.

This can be a big deal and lead to an upset if Flores can help communicate specific tendencies of what Brady likes to look for in a defense. If both Austin and Flores put Steelers’ defenders in positions that make Brady uncomfortable, they might just have a chance to score an upset.