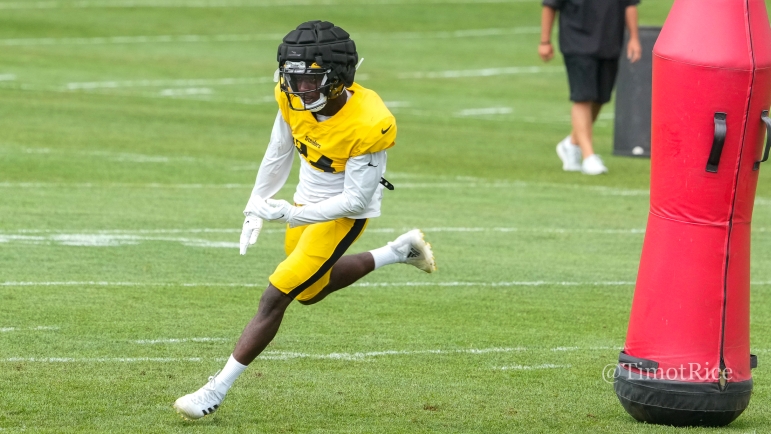 Reasoning: The Steelers officially announced that they have opened veteran safety Damontae Kazee’s activation window. On the Reserve/Injured List, that means that he has now begun to practice, and the team has 21 days to activate him to the 53-man roster. If they do not, he has to spend the rest of the season on the Reserve/Injured List. The timing gives him through the bye week to return.

It was seen as something of a coup that the Steelers were able to sign veteran starting free agent safety Damontae Kazee at a bargain price—a veteran-minimum deal—in free agency. Truth be told, some issues off the field, namely a DWI arrest, likely played a role in squashing his market, but Pittsburgh was willing to give him the chance.

Unfortunately for both parties, they haven’t been able to get him on the field in the regular season yet because he suffered a wrist injury during the preseason. It was not known immediately at that time whether or not it was season-ending, but the hope is now that they will see him on the other side of the bye week.

While they don’t need him to come in and be a starting safety, getting Kazee involved would be an important addition for the defense’s depth in the secondary. Before his injury, the Steelers were even beginning to add in wrinkles, such as a three-safety package, to get him onto the field.

Because he is also capable of playing in the slot, there are different things that they can do once he is back, and the Steelers have not been shy about using a variety of personnel packages throughout the year, so there really is no reason to think that they won’t try to get creative with such an experienced veteran presence at their disposal to plug into the back end.