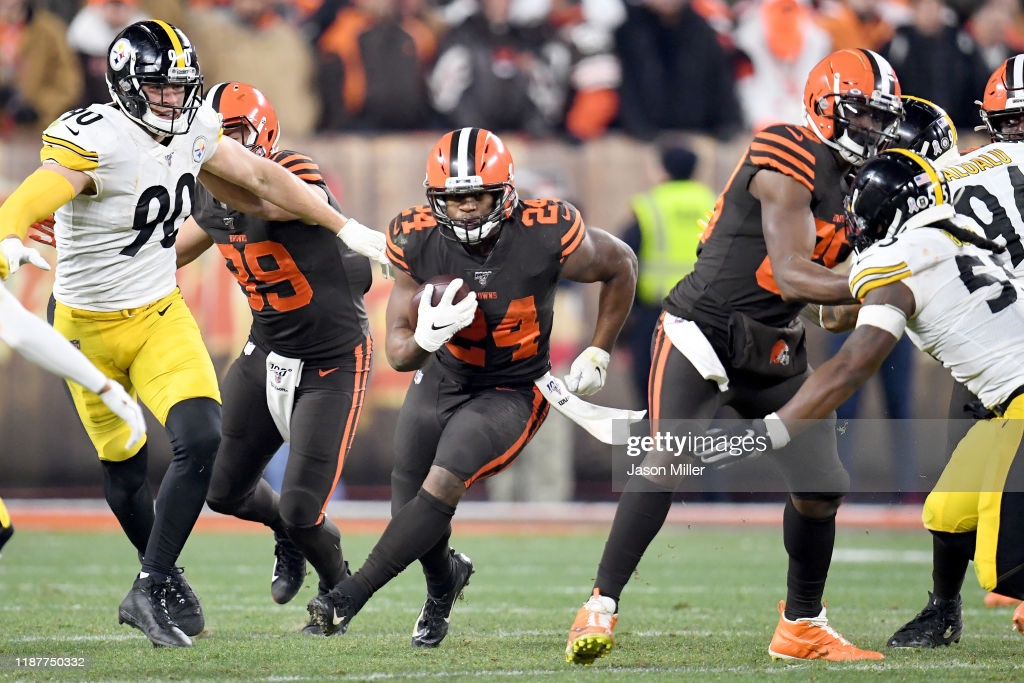 Just a few days after dealing with a formidable 1-2 combination in the New England Patriots’ backfield in Damien Harris and Rhamondre Stevenson, the Pittsburgh Steelers will find themselves up against an elite-level combination on a short week Thursday night in Cleveland.

Already very familiar with the Browns, Steelers head coach Mike Tomlin knows just how dangerous Nick Chubb and Kareem Hunt are, and how integral they are to the Browns’ success offensively. The duo has given the Steelers fits in the past, and will attempt to do so on Thursday night inside FirstEnergy Stadium in another AFC North battle for the black and gold.

Speaking with reporters Monday during his weekly press conference that was moved up a day due to the short week, Tomlin spoke glowingly about Chubb and Hunt, two players that are key cogs in Cleveland’s attack. Knowing how big of a challenge they will present on Thursday, Tomlin stated that the Steeles better minimize Chubb and Hunt, or they’ll do damage and allow Cleveland to do what it wants offensively.

“I think if you’re playing these guys and you’re looking at their offense, boy, you better minimize, [Nick] Chubb and [Kareem] Hunt,” Tomlin said to reporters Monday, according to video via the Steelers official YouTube page. “A lot of ball rolls through those guys. They’re not one and two, they’re 1 and 1A. Both guys are capable. Both guys are good in all schematic circumstances, be it the run game, the passing game, check downs, screens.

“…They’re a formidable tandem and probably the most complete tandem in football, and so we got a work cut out for us there,” Tomlin added.

Nick Chubb is the lightest 227 pounds you'll ever see. pic.twitter.com/h08tDZeHx4

The Steelers certainly have their work cut out of them on Thursday night against the Browns’ running back tandem, but that’s nothing new or shocking to the Steelers as Chubb and Hunt have been a formidable duo for the last three seasons in Cleveland. They’ve been a handful for the Steelers in every matchup.

Kareem Hunt with a rushing touchdown to put the Browns up 14! pic.twitter.com/os5abTpcgp

For the most part the Steelers have found a way to handle the duo relatively well. But without T.J. Watt on Thursday, coupled with the short week and the amount of time the defense has been on the field to date this season, it could be a long night for the Steelers if they cannot control the line of scrimmage, get off blocks and make stops.