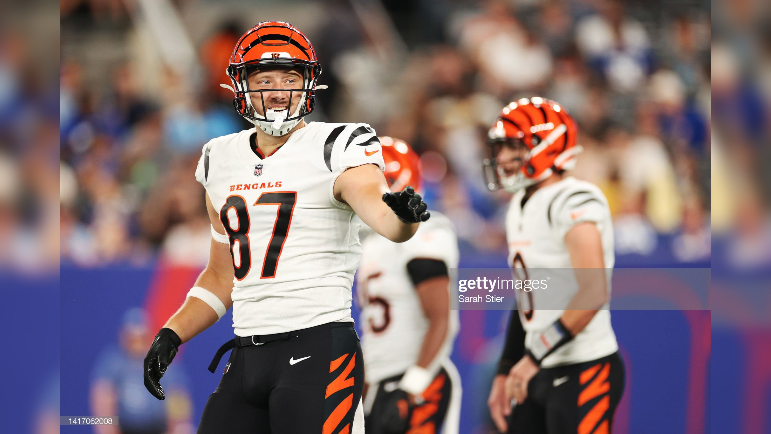 The Pittsburgh Steelers have made a move outside of the organization Thursday, adding tight end Justin Rigg to the practice squad, he announced on Twitter Thursday afternoon.

Rigg was a four-year letter winner at the University of Kentucky, where he played in 63 career games, starting 35 of them. In that timeframe, Rigg hauled in 50 career passes for 547 yards and five touchdowns in Kentucky, averaging 10.9 yards per catch. Last season, Rigg finished with 20 catches for 189 yards and four touchdowns, including two on Senior Day in a win over New Mexico State.

Following his career with the Wildcats, Rigg landed with the Cincinnati Bengals as an undrafted free agent.

In three preseason games, Rigg had just one catch for three yards, but did find the end zone on his lone catch against the Los Angeles Rams last week.

Justin Rigg with a TD for the Cincinnati Bengals! 🐅 #BBN pic.twitter.com/AmvMqwXk8W

Rigg played 35 total snaps in the preseason, with 16 coming against the Arizona Cardinals, 10 against the New York Giants and nine against the Rams. Against the Giants, Rigg records a 77.9 overall grade from PFF as a run blocker, his best of the preseason. He profiles as more of an in-line blocking tight end with some special teams abilities, which could replace Kevin Rader on the practice squad, who has yet to sign with the Steelers.

Coming out of Kentucky, Rigg measured in at 6-foot-6, 263 pounds and is a native of Springboro, Ohio, which is just south of Dayton and 262 miles from Pittsburgh.