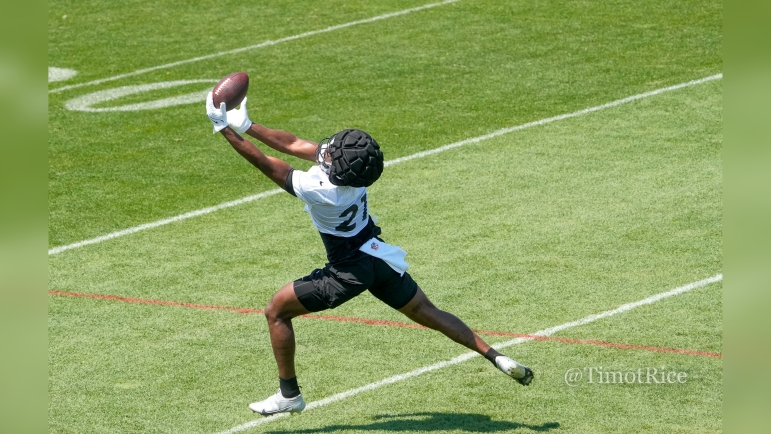 The Pittsburgh Steelers waived wide receiver Javon McKinley as injured on Thursday, and on Friday he cleared waivers and reverted to the team’s Reserve/Injured list, according to the official NFL transaction sheet.

As expected, WR Javon McKinley cleared waivers on Friday and has now reverted to the team's Reserve/Injured list. We'll see if he gets an injury settlement in the coming days. #Steelers #NFL pic.twitter.com/SckEmY2MaR

McKinley, who suffered a shoulder injury a few days ago during a training camp practice, was waived as injured on Thursday so the team could make room for free agent wide receiver Christian Blake.

McKinley, who originally signed with the Detroit Lions as an undrafted free agent out of Notre Dame after the 2021 NFL Draft, was signed by the Steelers on August 1. He was only able to practice a few times before suffering a shoulder injury.

The Steelers might decide to work out an injury settlement with McKinley in the next week. If they don’t, he will remain on the Reserve/Injured list until fully healthy on a split salary.

The Steelers now have four players on their Reserve/Injured list in McKinley, inside linebacker Ulysees Gilbert III, running back Jeremy McNichols and outside linebacker T.D. Moultry.