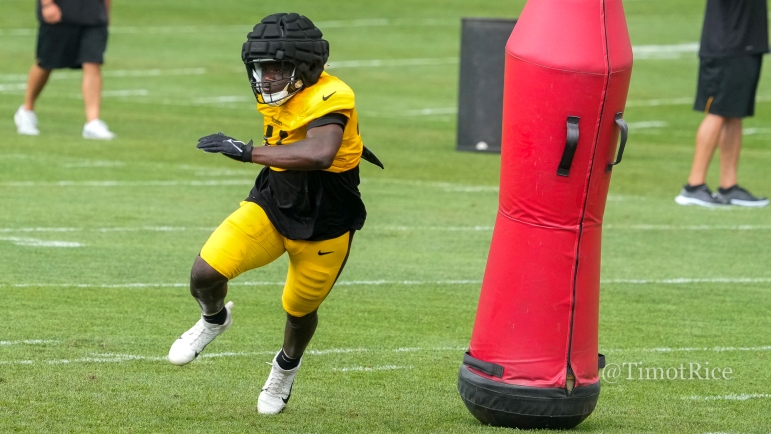 The Pittsburgh Steelers have made a minor roster move Tuesday, placing rookie EDGE rusher T.D. Moultry on injured reserve. That’s according Pro Football Network’s Aaron Wilson, who tweeted out the news out awhile ago.

Moultry signed with the Steelers as an undrafted free agent out of Auburn. He picked up 3.5 sacks as a senior last season with the Tigers. He looked explosive off the football running third-team left outside linebacker, but was apparently injured over the weekend during the team’s closed Saturday session. He was officially waived/injured yesterday as the team signed Ron’Dell Carter as his replacement. Him landing on IR today is an expected and procedural move.

Moultry cleared waivers and now has reverted to injured reserve. He may be released with an injury settlement later on in the summer, though not knowing the nature or extent of the injury makes for difficult speculation. If released with a settlement, he could be re-signed later in the year but would have to wait weeks in order to be eligible to return to Pittsburgh.

Neither of the Steelers’ rookie EDGE rushers remain on the 90-man roster. Tyree Johnson was waived early in camp, and now Moultry officially lands on injured reserve.