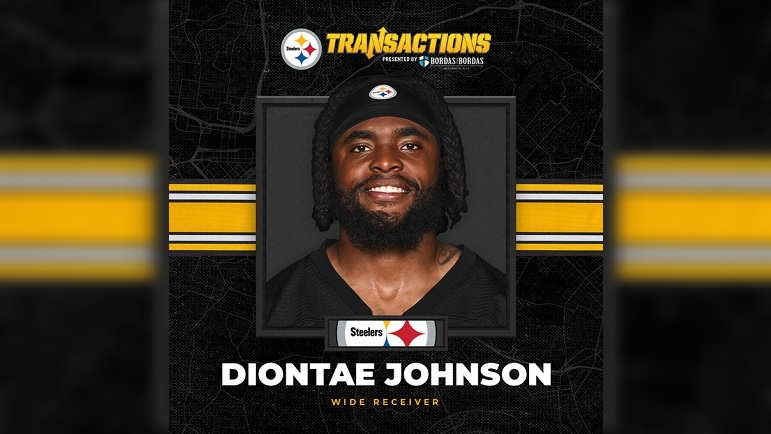 As previously reported on Thursday, the Pittsburgh Steelers have now come to terms on a two-year contract extension with wide receiver Diontae Johnson, and most of the details of that deal are now known, thanks to several sources such as Mike Garafolo, Adam Caplan and Over the Cap.

As previously reported, Johnson’s two-year extension has a new money value of $36.71 million. The total value of all three years with the old money included is $39,664,118.

Johnson reportedly received a signing bonus of $17.5 million as part of his extension and that is fully guaranteed. His new 2022 base salary is set to be $1.5 million, and that is guaranteed for skill, injury, and cap.

Johnson’s 2023 base salary is reportedly set to be $8 million, and there is some uncertainly if it is fully guaranteed or just guaranteed for injury only. We will know for sure in the next few days.

Johnson’s new new-money average, as the deal is being reported, is $18.355 million, and that places him 17th overall on the wide receiver average annual earnings list behind Washington Commanders wide receiver Terry McLaurin.

When the official contract hits the NFLPA in a few days, I will update this post if there are any differences in the numbers or layout. The big question entering Friday night is if the $8 million in 2023 is fully guaranteed or, or if it is guaranteed for injury only. Additionally, where the old money amount of $164,118 is in the deal could slightly alter things.