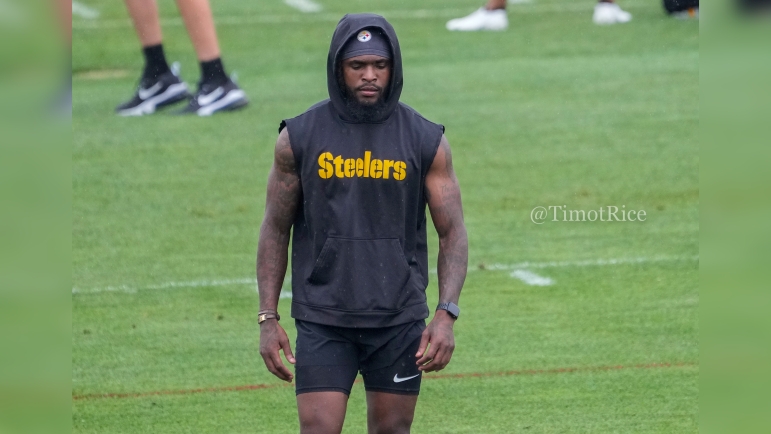 The Pittsburgh Steelers have signed wide receiver Diontae Johnson to a contract extension, according to Mike Garafolo of the NFL Network.

Per Garafolo, Johnson agreed on a two-year, $36.71 million extension. The two sides reportedly worked last night and Thursday morning to end his hold-in with a shorter deal that will now allow the wide receiver to become a free agent in 2025.

Earlier in the week, new Steelers general manager Omar Khan talked about how the organization would like Johnson to remain a Steeler for the foreseeable future. Johnson’s agent was at training camp that same afternoon.

Johnson, who was in the final year of his rookie contract, has been a hold-in since the start of training camp. He was previously scheduled to earn $2.79 million in 2022 after qualifying for a Proven Performance Escalator in his first three NFL seasons.

The Steelers selected Johnson in the third round of the 2019 NFL Draft out of Toledo and he has since caught 254 passes for 2,764 yards and 20 touchdowns in 47 games played in.

Since Khan took over as the Steelers general manager, the team has signed safety Minkah Fitzpatrick, kicker Chris Boswell and Johnson to lucrative contract extensions.

The #Steelers and WR Diontae Johnson have agreed on a two-year, $36.71 million extension, source says. The sides worked last night and this morning to end his hold-in with a shorter deal than we’ve seen from others that allows him to be a free agent again after the 2024 season.