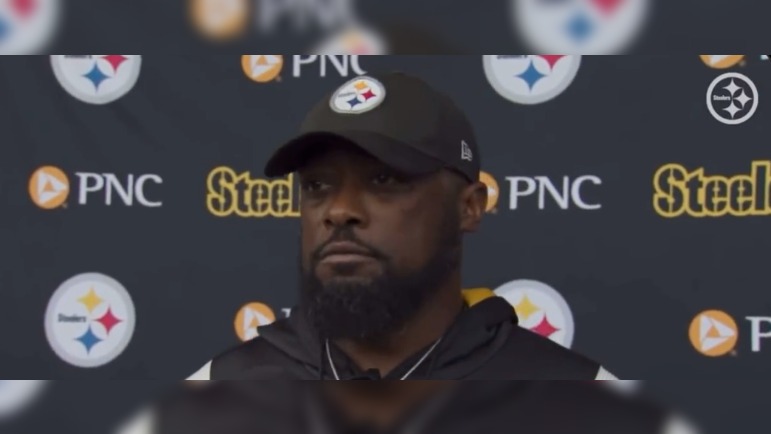 On Monday afternoon, the Pittsburgh Steelers officially signed OT Adrian Ealy to the active roster after waiving UDFA OT Jordan Tucker. The move proved to be swap of two offensive linemen, as Ealy was brought in to replace Tucker as depth along the offensive line. According to the training camp recaps by Alex Kozora, Tucker notably struggled to get any sort of footing with Pittsburgh after signing with the team out of North Carolina this spring. Having done the film room breakdown on Tucker coming out of UNC, I can attest that the undrafted OT had a lot of issues in his game, making his prospects of winning a roster spot slim, at best.

Ealy also was undrafted out of Oklahoma, signing with the Ravens after the 2021 NFL Draft concluded. He earned a 90.0 overall grade from Pro Football Focus last summer as the highest-graded rookie OL in the preseason, but got released by Baltimore and has bounced around the league since.

Still, while Ealy’s addition may not be a seismic one regarding the shuffling of Pittsburgh’s current starting OL, head coach Mike Tomlin did send a loud and clear message when asked if the signing of Ealy had anything with the poor performance his offensive line put on tape against the Jacksonville Jaguars.

Mike Tomlin on if signing T [Adrian] Ealy was a response to what he saw on tape?

Clearly, Tomlin has not been impressed with the play of his offensive line from the top on down. You have already seen Pittsburgh make multiple moves, like releasing OT Jake Dixon, OG Chris Owens, and C Nate Gilliam, and in turn signing OG Bill Dunkle and C Ryan McCollum to replace them as depth along the OL. While these moves may seem minor in nature, it does show Tomlin isn’t stratified with the play and development of the backups on the roster and will cut bait to try and find better options to provide depth and compete for roster spots.

The old “throw mud at the wall to see if it will stick” analogy applies perfectly here as Pittsburgh is showing an effort to try an address an issue of talent and depth with their offensive line, but they are currently doing so with players that likely will have a minimal impact on their starting lineup. The starting offensive line got exposed against the Jaguars defensive front, forcing Mitch Trubisky to run for his life in his limited showing Saturday. While I may personally be a fan of some of the traits that Dunkle or Ealy bring to the table, it’s hard to expect either of them to contribute meaningful snaps in 2022.

While Tomlin acknowledged that the team needs to improve their play upfront after Saturday’s game, but he along with the front office haven’t shown the willingness to address the starting offensive line as it’s currently assembled. Tomlin mentioned earlier this offseason on The Pivot, “You better be willing to do unique things in order to expect unique results.” Well, in terms of addressing the offensive line, Tomlin and the front office have been ordinary transactions like adding UDFA or practice squad-caliber players to try and help improve the state of the unit. As Tomlin said in the interview, “That don’t make sense.”

If Tomlin is about making moves instead of sending messages to his offensive line about their continual poor play, but doesn’t do anything meaningful to address the issue, he is going against his coaching philosophy he laid out a few months ago. While it shouldn’t be expected that Pittsburgh can readily acquire a Pro Bowl talent at this juncture of the preseason, there are moves that can be made via free agency or trade to at least bring in a couple of OL that can challenge the current starters on the roster. This was the issue Pittsburgh dealt with all last season behind a patchwork OL, and unless this current unit improves drastically or the decision makers make a notable move to improve the unit before the start of the regular season, we may be in line to see more of the same thing in 2022 based off Saturday’s performance.