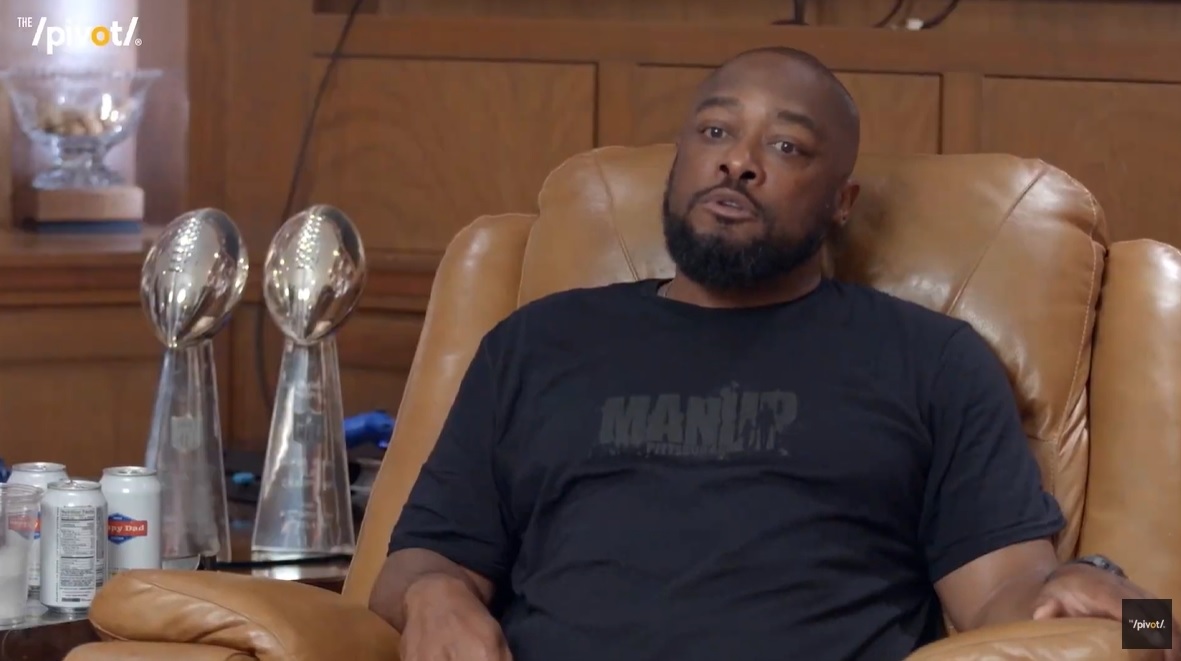 Pittsburgh Steelers head coach Mike Tomlin has long been lauded for his oratory eloquence. It’s relatively easy for him to impress others with his words and the manner in which he conveys them. Many regard it as his best quality as a coach—as a leader.

Entering his 16th season as the leader of the Steelers, his philosophy hasn’t changed, as he told Ryan Clark, Fred Taylor, and Channing Crowder on an episode of The Pivot podcast. The method remains the same, even if the approach necessarily varies from season to season, and particularly, from person to person.

“Somebody’s got to be all in for everybody to be all in. When you’re in a position of leadership, shouldn’t you own the initial component of that?”, he said about his philosophy of leadership and how to inspire others to have your back by showing them that you have theirs. “I’m gonna be willing to show you before I expect you to reciprocate”.

“As a leader, I better let it be known that I’m open”, he added, speaking about the importance of demonstrating vulnerability and intimacy to those who are receptive to it, while also respecting the professional distance at which others may work best.

“Because you can’t do ordinary stuff and expect unique results. That don’t make sense. We can’t have ordinary relationships, [like] ‘I coach, you play’, ‘Do this’, ‘Good job’, Bad job’, and expect the end of our journey for the confetti to be raining down on us”.

Tomlin has been known to be a players’ coach ever since he walked into Tampa Bay and handed future Hall of Fame safety John Lynch a list of things that he could work on in his game—at least, after Lynch had time to process that list and realized that Tomlin knew what he was talking about.

Since then, he has made a career of figuring out how best to lead every individual under his care, and that means often going far beyond the football field and getting into that person’s life, as he had with Clark, whom he coached from 2007 through 2013. Why? Because, he believes, that’s how you win.

“What we’re chasing is scarcity to that. So you better be willing to do unique things in order to expect unique results”, he told his hosts. “How do I wear that responsibility? How do I create an atmosphere where that happens? I’ve got to vulnerable, I’ve got to be open”.

Being a great leader, of course, is only one aspect of being an NFL head coach. There’s also roster evaluation and assembly, instruction of fundamentals, and so many other facets tied to the success for failure of any team in any given year.

Tomlin knows better than anybody that his teams have fallen short of the standard 14 times out of 15 seasons, as he’s only won the Super Bowl once, and that’s what he’s working toward every year. But nobody said it was easily obtained.