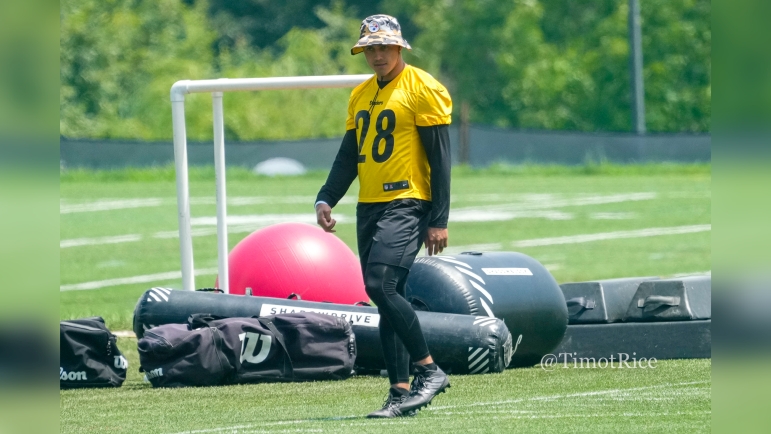 Minkah Fitzpatrick made an immediate impact on the defense from the time he arrived. The two-time All-Pro has started every game he has played with the team and is very versatile. He’s has ball skills with 11 interceptions and 27 pass breakups and has scored three times on turnovers. He led the team in tackles last season with a career high 124 with was 44 more than his previous best. With him signing a new contract he is locked in until 2026.

After dipping his toes in the free agent waters, Terrell Edmunds resigned with the team for one more season. Overall, his 2020 season was a good one with 89 tackles, 2 interceptions, 6 pass breakups and a sack. He has gotten more and more comfortable near the line of scrimmage as well doubling his career total of tackles for a loss with 8 coming last season.

Free agent Damontae Kazee was added in May and is currently listed as the backup for Edmunds. He is entering year six and has totaled 251 career tackles. His tackling has really stood out in the early preseason games displaying form tackling and limiting yards after contact. But he can find the ball in the air as well. He has 12 career interceptions and led the league in 2018 with 7.

The total number of safeties will likely be four or five. Here are the other candidates.

Norwood was a nice seventh round find in the 2021 NFL Draft. He appeared in every game, starting three, and including the playoffs he chipped in 40 tackles, 6 pass break ups and 1 interception. Used primarily on dime defense he was used in the slot and as a safety.

On the positive side, he made a good impression last season stepping in right away and contributing 388 snaps on defense. He is a strong communicator and on every play is trying to make sure everyone is on the same page. Understanding his assignment was a strong point and he consistently looked to be in the right position. On special teams, he also contributed over 200 snaps.

On the negative side, he primarily was only used on passing downs. His flexibility may be matched with Kazee now on the roster so they may be fighting for the same role. So far in the preseason he has been up and down. He played well versus Seattle but had some struggles against Jacksonville including some missed tackles.

Entering his second year on the team Killebrew was primarily a core special team player. He played in every game in 2021 with 44 defensive snaps and 335 on special teams. Of his 13 total tackles, 9 of those came on special teams. He injured is pectoral muscle at the beginning of camp and has yet to play in the preseason.

On the positive side, he is a veteran with over 600 defensive snaps and nearly 2,000 special team snaps in his career. His size is above average and is a physical tackler. He is a good special teamer including  blocking punts in his repertoire. On defense, he is best suited to play the big safety role if needed.

On the negative side, he doesn’t have the range to play the deep safety and overall would have a limited defensive role. Coverage is not a strong point for him; best coming downhill rather than matching up with receivers. While a core special teamer he did not make many solo tackles.

A free agent signing after the 2021 NFL draft he will be in his second season with the team. He spent last season on the practice squad. While in college playing for Florida, he totaled 145 tackles, 75 solo, 4 tackles for a loss and 1 sack. Through the air he had 6 interceptions and 3 pass breakups. He did not see game action in his first NFL season.

On the positive side, he has good size and solid length. They kept him on the practice squad so there was something the team liked. He has gotten some extended play in the preseason with 64 total snaps and six tackles. Alex Kozora considered him the biggest sleeper coming in to camp.

On the negative side, all of those in front of him have actual NFL game experience. In 2021, he was unable to get any call ups during the season. He can get overaggressive when making tackles causing him to miss opportunities. Per Josh Carney’s keen eyes, he has missed two tackles in each of the first two preseason games.