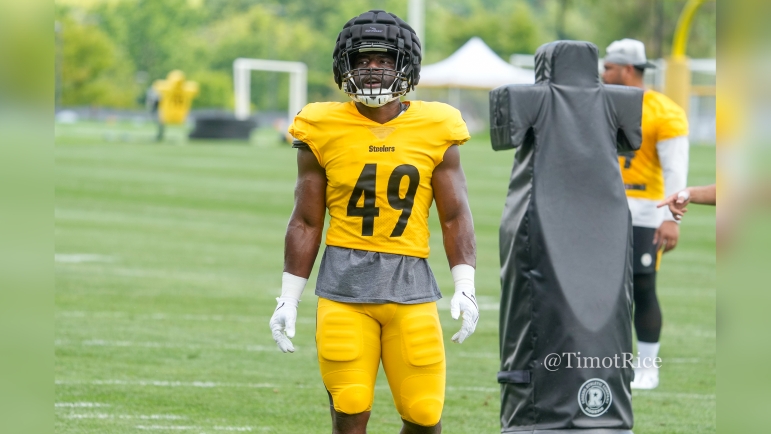 The Pittsburgh Steelers trimmed their active roster down to 80 players on Tuesday, and included in that list of five players let go was a surprise in the form of outside linebacker Genard Avery. Nobody saw Avery’s release coming and in fact, most had him as the team’s third outside linebacker to open the 2022 regular season. So, is there a bigger picture here related to Avery that needs to be considered? I don’t know for sure, but let me throw out a couple of things to consider.

For starters, Avery did miss time this summer with a groin injury. Even so, he did play in the Saturday night road preseason game against the Jacksonville Jaguars. Could he possibly have aggravated that injury? Sure. If indeed Avery is currently too injured to practice or play, sending him the Reserve/Injured list would make him ineligible to return from it during the season. That’s because designated-to-return players must have come from an active 53-man roster spot.

Even if Avery is currently dealing with some sort of injury right now, the Steelers still could have carried him on their 80-man roster until the final round of cuts and then decided what to do with him at that point. Basically, delaying his cut another week.

There is another angle to think about as well that’s not too far out there when it comes to speculation about Avery being cut on Tuesday.

Perhaps the Steelers have a plan devised to bring Avery back after one player currently under contract is sent to the Reserve/Injured list after the initial 53-man roster is set a week from now. Remember, the Steelers still have two veteran injured players on their roster in safety Miles Killebrew (pectoral) and defensive tackle Montravius Adams (ankle), and neither player has seen playing time in the team’s first two preseason games.

Just maybe, and it’s a big maybe, the plan is to send one or both of those players to the Reserve/Injured list after the initial 53-man roster is set so that one or both will be eligible to return from that list once healthy and the necessary time has elapsed. We have seen the Steelers do roundabout roster manipulation such as this several times over the years. In fact, just last year the Steelers cut guard Rashaad Coward, guard B.J. Finney, and cornerback Arthur Maulet during the final round of roster cuts only to re-sign all three after the 53-man roster was established and after tackle Zach Banner, running back Anthony McFarland Jr., and defensive end Stephon Tuitt were all placed on the Reserve/Injured list.

Obviously, the Steelers could have waited another week to cut Avery as part of such a plan that involves Reserve/Injured list additions. That would have made more sense than making him part of the cut to 80 players, unless he really does need some rest time to get healthy.

Finally, there’s always a chance that the Steelers aren’t totally happy with Avery and that they don’t see him being part of the team’s future in 2022, regardless of his level of health. Releasing him now would be a courtesy to him and thus give him an extra week to maybe find another team willing to sign him.

What is the genuine answer when it comes to Avery? I wish I could say for sure, but we aren’t likely to know until at least another full week and after all the post cut-to-53 moves are made and the Week 1 team that will prepare to play the Cincinnati Bengals in Week 1 is established.

In the meantime, Avery’s Tuesday release results in a 2022 dead money charge of $152,500. It also results in him no longer being on the Steelers roster, at least for right now. Stay tuned.