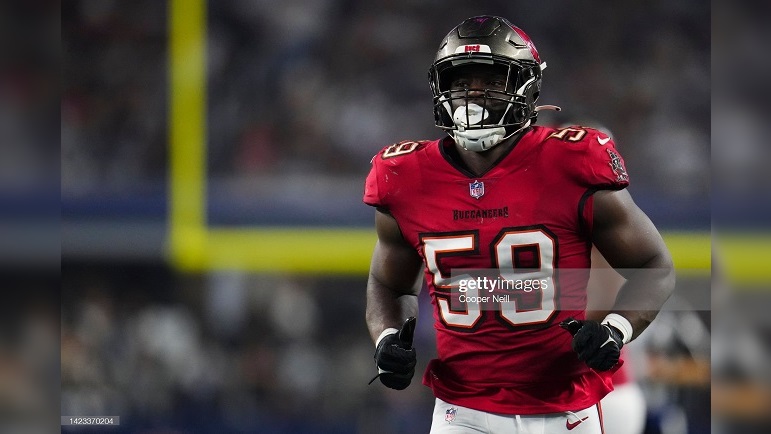 The Pittsburgh Steelers will play the Tampa Bay Buccaneers on Sunday at Acrisure Stadium and on Tuesday their upcoming opponent made another transaction worth noting.

According to the Buccaneers on Tuesday, outside linebacker Genard Avery has now been signed to the team’s 53-man roster from the practice squad. That’s interesting because Avery was with the Steelers this offseason and most of the preseason. That move also comes on the heels of the Buccaneers signing former Steelers inside linebacker Ulysees Gilbert III to their practice squad.

Avery, who signed a one-year veteran benefit contract with the Steelers in late March, missed quite a bit of training camp time this summer with a groin injury but did manage to play in the team’s second preseason game. The Steelers, however, terminated Avery’s contract during the next-to-last round of roster cuts in August. That move came as a bit of a surprise.

After being cut by the Steelers, Avery quickly signed with the Buccaneers. He failed to make their initial 53-man roster, however, and was signed to their practice squad. The Buccaneers elevated Avery to their Active/Inactive roster for the team’s Week 1 game against the Dallas Cowboys, and he proceed to play 16 special teams snaps in that contest but failed to dent the stat sheet. He reverted back to the Buccaneers’ practice squad after that Week 1 game and has resided on the unit until Tuesday.

It will now be interesting to see if Avery dresses and plays on Sunday against the Steelers in a backup role and on special teams. In his one preseason game with the Steelers this year, Avery registered just one tackle and one quarterback hit in 30 total defensive snaps played. He also logged six total special teams snaps in that lone preseason contest with the Steelers. He played just five defensive snaps for the Buccaneers in their preseason finale and registered one tackle in that contest.

We've promoted @AveryGenard to the active roster and signed LB Ulysees Gilbert to the practice squad.#GoBucs