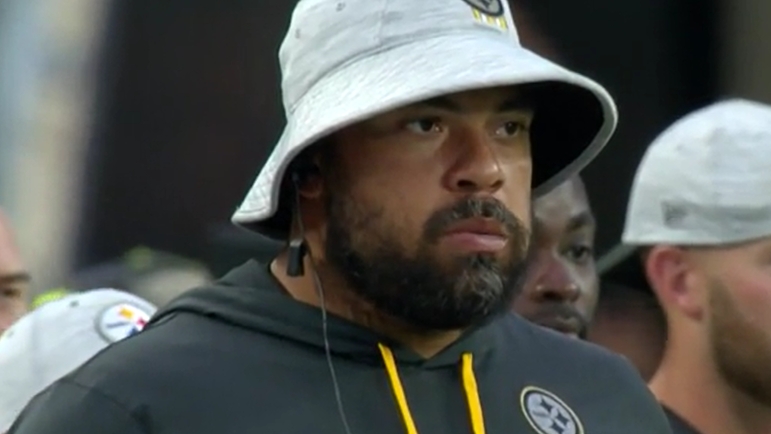 NFL Network releases an annual Top 100 players list, which is derived from an offseason poll of NFL players. Pittsburgh Steelers defensive tackle Cameron Heyward was the team’s first player on this list, coming in as the 42nd-ranked player. Heyward shared his thoughts on the rankings on Wednesday, and was less than pleased, yet ultimately unbothered.

“Screw the rankings, among the other things,” Heyward said when asked about his 42nd ranking by co-host Hayden Walsh on the most recent episode of his Not Just Football podcast. “I’m tired of talking about lists, and how I feel disrespected by all the different media. I’m just ready to focus on the football at hand, and what I can control. It’s cool to be recognized, it’s cool to make a big spiel about it and say I should be higher or why is this guy higher than me. But at the end of the day, I’ve got work to do, and these lists aren’t gonna do it for me.”

Heyward’s 2021 season was arguably his best thus far in his eleven-year career. In a year riddled with injuries and poor play against the run, Heyward was the one constant, as his locker room leadership and elite play helped carry the team to a playoff berth against the odds. If one play is to describe his 2021 season, it’s his chasing down of Los Angeles Chargers quarterback Justin Herbert in a Week 11 loss, a commendable effort in a game that the defense played without key starters including linebacker T.J. Watt and safety Minkah Fitzpatrick.

According to Pro Football Focus, Heyward is the second-best interior defensive lineman in the NFL behind Los Angeles Rams’ defensive tackle Aaron Donald. Based on this alone, it’s hard to name 41 players better than Heyward. From locker room leadership to quality of play, Heyward is a top tier player by nearly any metric.

While some may argue that Heyward’s position is among the less significant in an NFL defense, it’s easy to argue the contrary. An elite interior defender can essentially nullify a good portion of an opposing offense’s playbook. This is especially significant in a division with run-heavy teams in the Cleveland Browns and Baltimore Ravens. Not to mention, Heyward is far from a one-dimensional run stuffer, as he racked up 10 sacks despite being double teamed often and was seemingly in the backfield more often than not.

As Heyward goes on to mention, however, it’s important to take these lists for what they are. Heyward’s initial frustration, when asked about the ranking, speaks to his confidence in himself as a player. Going on to specify that these rankings are ultimately insignificant to his goals as a player speaks louder volumes about his character by highlighting his maturity as an NFL veteran. As a four-time All-Pro and longest-tenured Steeler after the retirement of Super Bowl champion quarterback Ben Roethlisberger, Heyward is the team’s locker room leader. As such, it’s encouraging to see his prioritization of blocking out media attention, as that is a message that the team will need him to pass down to younger players for years to come.