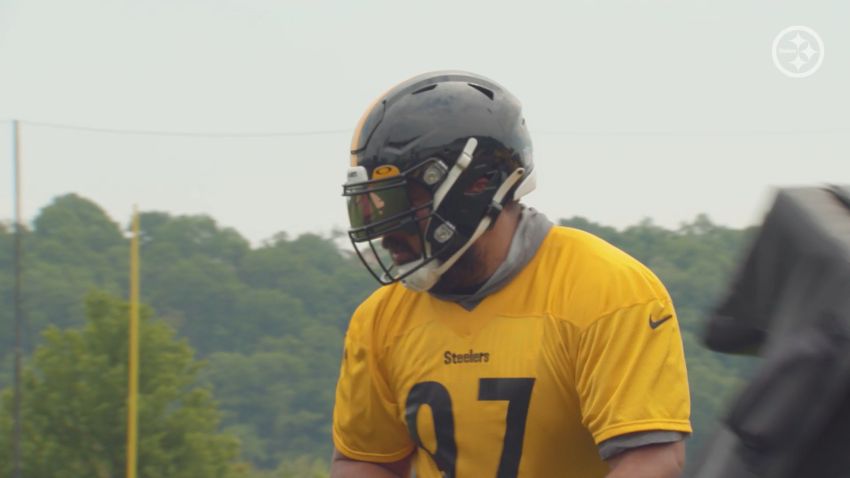 Last night, a portion of the Pittsburgh Steelers assembled at Wild Things Park for the second annual Three Rivers Celebrity Softball Game. The majority of the proceeds from the event went to Heyward House, a charity founded by Steelers’ defensive lineman Cameron Heyward in 2015.

The game pitted Team Burgh, made up of celebrities and athletes from Pittsburgh, against Team World, which included athletes and celebrities from outside of Pittsburgh. Team Burgh won the event 14-4, and Steelers’ rookie quarterback Kenny Pickett contributed to the win with a double and a home run. Pickett was joined at the event by fellow rookies Calvin Austin III and Connor Heyward.

Also in attendance was Mitch Trubisky, who is in a quarterback battle with Pickett and Mason Rudolph to see who will be starting under center in Week 1. Trubisky talked to Max Ralph of the Pittsburgh Post-Gazette about Heyward’s charity work.

“He’s done so much good work in the community, working with kids and through his Heyward House Foundation,” he said. “I think it just trickles throughout the team that more guys want to step up and do more for the community. So much is given to us, we want to give it back and pay it forward to the community.”

For Heyward, the event is a good way to have fun and show his teammates and others the value of giving back to the community. With so many rookies in attendance, getting those guys started on a philanthropic path in some way, shape, or form can only be a good thing. Having players who excel on and off the field is the mark of a good organization and something Pittsburgh has always done. With this offseason almost being a changing of the guard with both former quarterback Ben Roethlisberger retiring and former general manager Kevin Colbert also stepping down, it’s important for veterans like Heyward to showcase that culture to the new guys and the rookies.

There were approximately 3,000 fans in attendance, and while last year’s event raised a bit over $10,000 for the Heyward House, it wouldn’t be surprising if this year’s event raised even more. It’s good to see all of Heyward’s work for the community paying off, and this event is a fun way to get people involved and have them show up to help a great cause.