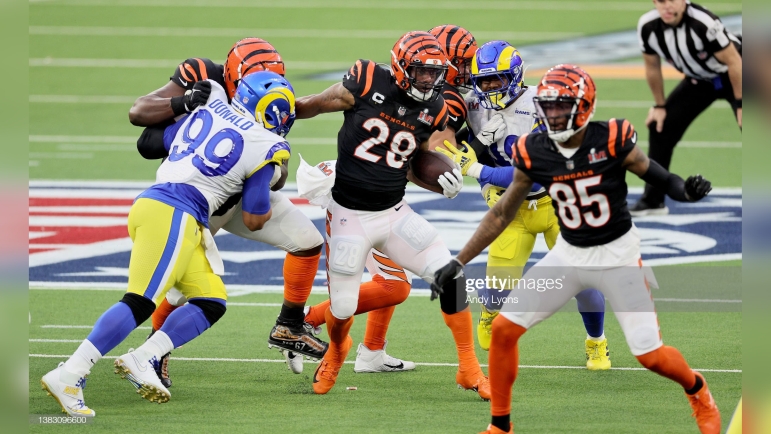 For everybody in the NFL, at least for those who played last season, right about now is the first time they’re putting pads on for practice since the previous season ended. Among the last to play is Joe Mixon, the Pro Bowl running back for the Cincinnati Bengals.

But he certainly wasn’t the last, not even for their offense, because, in fact, head coach Zach Taylor decided to use running back Samaje Perine instead. Not that it wasn’t questioned at the time, but it’s something that Mixon has lived to regret—more specifically, for failing to be more assertive about his being on the field in those late-game situations.

“It was just a caught-up-in-a-moment thing”, Mixon told reporters last week, apparently during an unscheduled press conference, according to the Cincinnati Enquirer, via Ben Baby of ESPN, referring to his lack of assertiveness over the situation. “I really should have taken initiative on myself and just been like, ‘Hey, I’m coming in’. But you know, it was the heat of the moment”.

A former second-round draft pick, Mixon was named to his first Pro Bowl in 2021 after putting up over 1,500 yards from scrimmage with 16 touchdowns, which was seven more scores than he had in a single season previously.

As for Perine, he played about 27 percent of the Bengals’ offensive snaps during the regular season. His playing time did not increase during the postseason—indeed, he played slightly less—but he was often used more often in two-minute situations when Cincinnati did not have a lead.

These were Mixon’s first remarks to the media since the Super Bowl, having declined opportunities to speak during OTAs and minicamp. Yesterday, regarding his running backs’ remarks, Taylor said, “You absolutely should feel passionate about that situation”, adding, “He’s handled it outstanding. That’s much appreciated. He knows that. It’s one of the reasons you want to get back to those moments”.

To his credit, Taylor has already previously gone on record second-guessing his own call. All the way back in February, he said, “Whether Joe is in there or not, he’s certainly deserving of the opportunity in a key moment in a key game to try to get it for us as our featured back”.

Now, as always, there are numerous ways in which the Super Bowl could have played out differently, even if narrowing it down to just the final couple of minutes. They did not end up losing solely because Perine was on the field instead of Mixon.

But if you’re Mixon, you’ve certainly got to believe that you could have made a difference, or even the difference. Perine was stuffed for no gain on 3rd and 1 with 48 seconds to play near midfield, the Bengals trailing by three. Joe Burrow then threw incomplete to Perine on fourth down to effectively end the game.