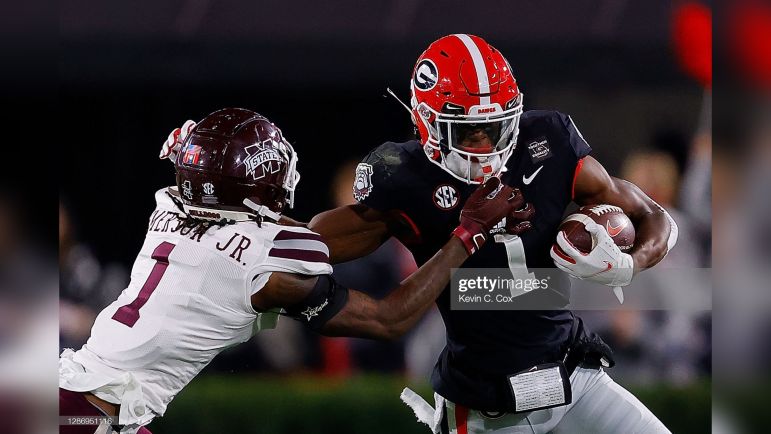 When it comes to fantasy football, you better hit on your first few picks the day of the draft. Just like the NFL Draft, the first round consists of the most talented players in the league that will form the bedrock of you team for the entire season. The likes of Jonathan Taylor and Cooper Kupp are expected to smash statistically, hence them being top selections when fantasy drafts roll around before the season.

However, the real advantage is found in how well you hit on your picks in the later rounds of the draft. Just like the Steelers selecting Antonio Brown in the sixth round or Tom Brady being picked in the sixth round at #199 overall, finding a late-round gem can be the difference of your team being a playoff hopeful to a championship favorite.

Recently, FantasyPros writer and analyst Matt Barbato published a piece highlighting a “deep sleeper” candidate for every NFL team. When he got to the Pittsburgh Steelers, Barbato went with a popular pick that had many Steelers fans, including myself, ecstatic about what he could become in the league. That player is rookie WR George Pickens.

“The rookie Pickens is a polarizing prospect. He’s an exciting prospect with some off-field baggage and injury issues. However, the talent is there. And it wouldn’t stun me if Pickens overtook Chase Claypool as the team’s WR2. He’s got excellent ball skills, size, and is a sharp route runner. If he can bulk up into his 6-foot-3 frame, he could develop into a terrific receiver.”

Barbato immediately hit on the knee injury as well as the off-the-field issues that have been made about Pickens throughout the pre-draft process. These factors likely were the reason why Pickens dropped from being a first-round lock to going 52nd overall in the second round to the Steelers in the 2022 NFL Draft. Pickens answered any questions concerning his knee with his performances at the Combine and at his Pro Day, putting up good testing numbers as well as impressing Pittsburgh’s entire brass with WR Coach Frisman Jackson putting Pickens through the on-field workout in Athens. After the Steelers drafted Pickens, Kevin Colbert, Matt Canada, and other prominent members of the organization stated they had no concerns with Pickens’ character off the field.

When it comes to the talent, Pickens oozes it in his brief exposure at Georgia. He is built like a prototypical #1 WR, having the size, length, athleticism, route running, and hands to make impressive catches look rather routine at times. Obviously, he will have to get up to speed with the playbook and learn how to win against NFL competition, but Pickens has all the tools in the toolbox to make an impact early in his NFL career.

Given his ability to win vertically down the field as well as in the short and intermediate quadrants closer to the LOS, I can get behind Barbato’s comment of Pickens pushing Claypool for WR2 status in Pittsburgh’s offense at some point in 2022, taking over the Z-receiver role opposite Diontae Johnson and having Claypool play more of a big slot role which tends to better match his skill set.

With Pickens going as the WR67 off the board in fantasy drafts in the 14th round according to FantasyPros ADP, I can definitely get behind him being a deep sleeper for 2022. He may not get off to a hot start early, but should his role increase during the season or Pittsburgh suffer an injury to the position, there could be a real chance for Pickens to make a notable impact as a rookie in 2022 much like Martavis Bryant did in 2014.

What are your thoughts on George Pickens heading into 2022? Do you think he qualifies as a deep sleeper? What impact do you see him having this season? Please leave your thoughts in the comments section below and thanks again for reading!