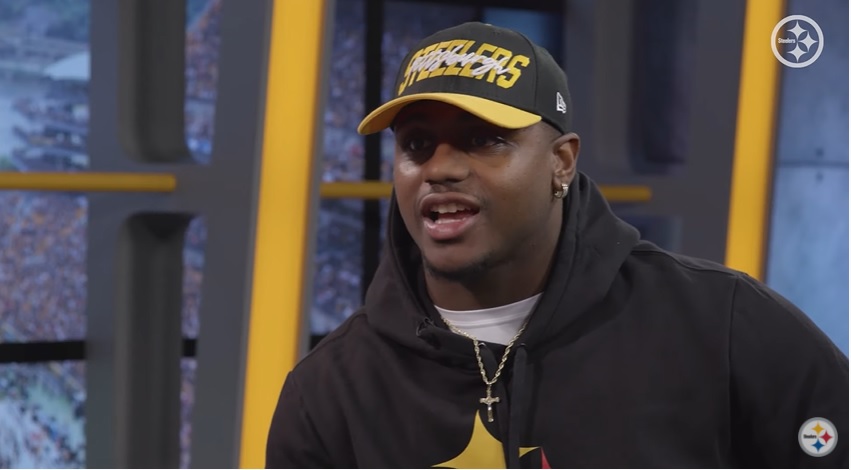 The retirement of Pro Bowl-caliber defensive end Stephon Tuitt opened up a sizable hole within the Steelers’ defensive front, a hole that won’t easily be plugged anytime soon.

Second-year defensive end Isaiahh Loudermilk, and veteran Chris Wormley will attempt to fill the void, at least in 2022. However, one player the could emerge right away and grab a significant role within the Steelers’ vaunted defense is rookie third-round draft pick DeMarvin Leal.

Leal, who recorded 25 tackles for loss and 13 sacks in 33 career games at Texas A&M, was highlighted as the Steelers’ Non-Day 1 rookie that could earn a key role right away, especially in light of the Tuitt news, by CBS Sports’ Chris Trapasso.

“If the Steelers are getting 2020 Leal, they hit the jackpot in Round 3. If they get 2021 Leal, they’ll have a rather sizable hole in the depth of their defensive line after the retirement of Stephon Tuitt,” Trapasso writes. “But that retirement alone will force Leal into a substantial role as a rookie. He’s a legitimate tweener: not quite big and powerful enough to deal with the strength he’d see on the inside and around average in teams of athleticism and burst needed to win consistently around the corner.

“However, Pittsburgh has a long history of developing truly versatile defensive linemen, so I’m banking on that to get the most out of the undoubtedly talented Leal.”

The Texas A&M product is certainly an interesting study overall. Though he had better stats in 2021 compared to 2020, he was a consensus All-American in 2020 for the Aggies and looked like a surefire first-round draft pick once he was ready to come out.

Instead, despite having a better year statistically in 2021, Leal fell to the third round, where the Steelers were more than happy to snap him up and add him to the defensive line under the tutelage of Karl Dunbar.

2022 Edge Prospect DeMarvin Leal is a monster. Very first play of the Orange Bowl he does this. Easily going top 5 in 2022.

Though Leal is a bit of a tweener as Trapasso writes, he’s added 15 pounds (per Dunbar) and has looked explosive in OTAs and minicamp, especially at his size. He can be a strong gap-shooting run defender right away and could provide serious value as a passing downs pass-rush specialist opposite All-Pro Cam Heyward when the Steelers are in their sub-package defenses.

He’s an intriguing prospect overall, and with the Steelers’ history of developing guys, they could have a real diamond in the rough on their hands.