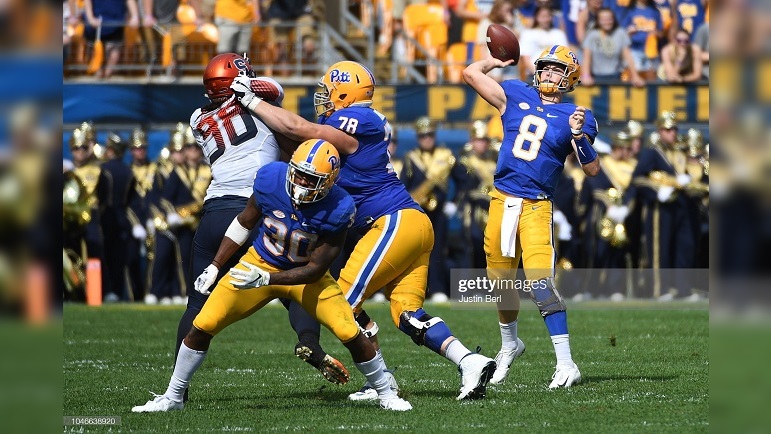 The offseason analysis continues with the selection of Kenny Pickett. To date, Steelers Depot has covered in further context Big Time Throws, fumbles, red zone performance, and average time to throw for Pickett. That’s honestly only naming a few of the deeper dives so far. Next, we’re going to look at how Pickett did in terms of passing by route from the 2021 season.

Let’s first though look at the most targeted routes for the Steelers offense last season.

These six routes were the staples for the Steelers in 2021, accounting for over half of their overall targeted routes.

Now for Pickett in 2021. You will see below Pickett targeted Crossing and Hitch routes frequently. Regarding the top routes in general, there were eight defined routes which consisted of 67% of his overall attempts. 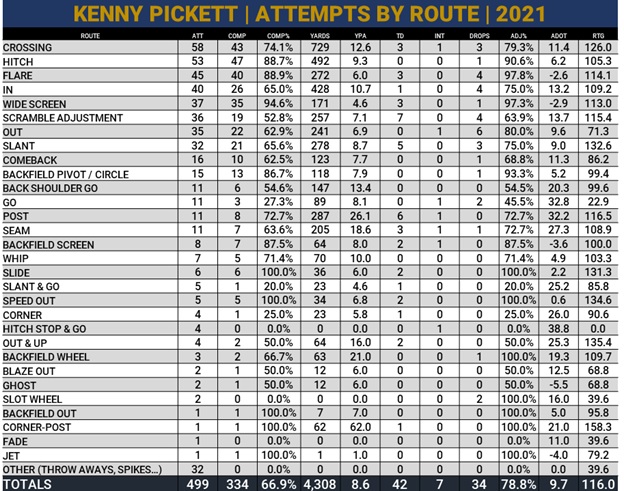 The most notable route for Pickett may be what’s defined as a Scramble Adjustment. In the previous article of average time to throw mentioned above, Pickett’s mobility most likely allows for an extended time to throw and make plays. Further research shows just that as his average time to throw on Scramble Adjustment Routes was 4.96 seconds last season. Judging by his performance on those targeted adjusted routes, Pickett is excelling by way of passer rating and in terms of passing TD’s. Not to mention a whopping 99.2% air yards percentage on the 19 completions as well when digging a bit further.

If recalling Steelers games from last season, there weren’t many of these scramble adjustment opportunities. Ben Roethlisberger accounted for all 17 of Pittsburgh’s attempts with only three completions, 1 TD, and 3 INT’s. His passer rating on such attempts was just 19.6 – 2nd lowest among 29 QB’s with at least 10 or more attempts on scramble adjustments.

One more thing to draw some attention to is Pickett’s ADOT on frequently targeted routes in comparison to Pittsburgh’s in 2021. 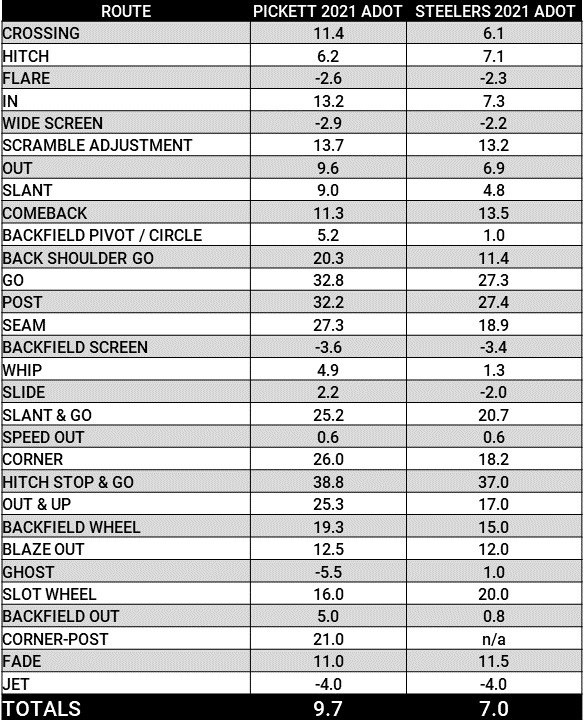 Pickett’s most popular route (Crossing) averaged over five more yards per target. In and Slant routes considerably higher as well. Also, in looking at the middle portion of the table above regarding typical downfield routes (Back Shoulder Go, Go, Post, and Seam) over 20 yards, Pickett is considerably higher by several yards.

What’s in store once Pickett hits the field is still currently in the wait and see mode within Matt Canada’s offense. One would expect with Pickett’s mobility there will be deeper routes and more scrambling plays in store. Until then we’ll keep diving in to define and discover what awaits the future of the Steelers.

Let us know in the comments if there’s any other aspects of Kenny Pickett’s game and/or the Steelers in general that you would like to see Steelers Depot cover.