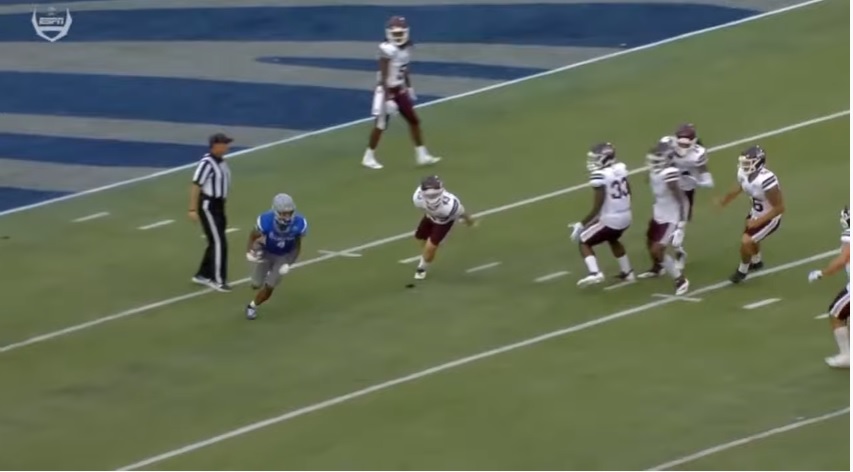 Back at this February’s Senior Bowl, I got the chance to have a brief conversation with then Memphis WR and now Pittsburgh Steeler Calvin Austin. I never got the chance to post the interview and it is pretty short, a couple of questions before the end of the media session that weren’t worth making a full feature piece out of.

But now that Austin is a Steeler, I found the interview and wanted to post a transcript of our conversation. So here it is. This took place the morning after the team’s first day of practice.

Alex: What were your impressions of the first day of practice? How did things go?

Calvin: I’d say they went great. Coming with a whole bunch of guys from all over and just getting the playbook and learning. The practices were great. It kind of takes some adjustment, you’re kind of running around with your head off for a little bit there. But that’s when the coaches do a great job of getting us prepared, showing us what to do, and all of that stuff. And I’ll just say it was some great competition.

Alex: How does your Memphis route tree compare to what the NFL is asking you?

Calvin: There are some similarities and some differences for sure. I would say the NFL route tree is definitely more expansive and you have deeper routes. A big time thing about timing. So I say that’s a difference.

Alex: How would you describe your route tree in college? What were the primary routes you ran?

Calvin: I obviously stretched the field vertically on go balls. And stop routes, bubbles and quick screens like that. So that was kind of the route tree.

Alex: The first game I watched you was against Mississippi State where you had a crazy 95-yard punt return TD. Take me through that 1,000-IQ football play.

Calvin: We call it playing the eight. So if you have to back up at all you bluff [fielding the ball]. So once I bluffed, I looked back to see where the ball was gonna land. And I saw that they had caught it and saved it and threw it back.  And they were just standing like the play was over. So immediately when he had threw it back, I was already heading over there. Because no matter what happens, it’s gonna be our ball.

So at that point, when I saw that I ran over there, they didn’t give it to the ref. After I got it, I was just like, let me get back to my sideline. Because my team was heading off the field. They thought it was over. They thought it was over too.  So I was like, ‘If I make it back over there, they’ll realize and turn around,’ or anybody that’s near me or behind me, they’ll be like, ‘Okay, let me turn around and block for him.’

Alex: Was that a moment your coach had specifically gone over with you?

Calvin: It’s definitely something that we were coached to do. But me and my dad, growing up watching football and that play has been done many times. I remember Dwayne Harris doing it. So that’s something that I already knew but my coaches have emphasized it.

By the way, Austin is referencing this 2018 99-yard punt return TD by Dwayne Harris, who also took advantage of that often-forgotten rule and caught the Broncos’ coverage unit napping.