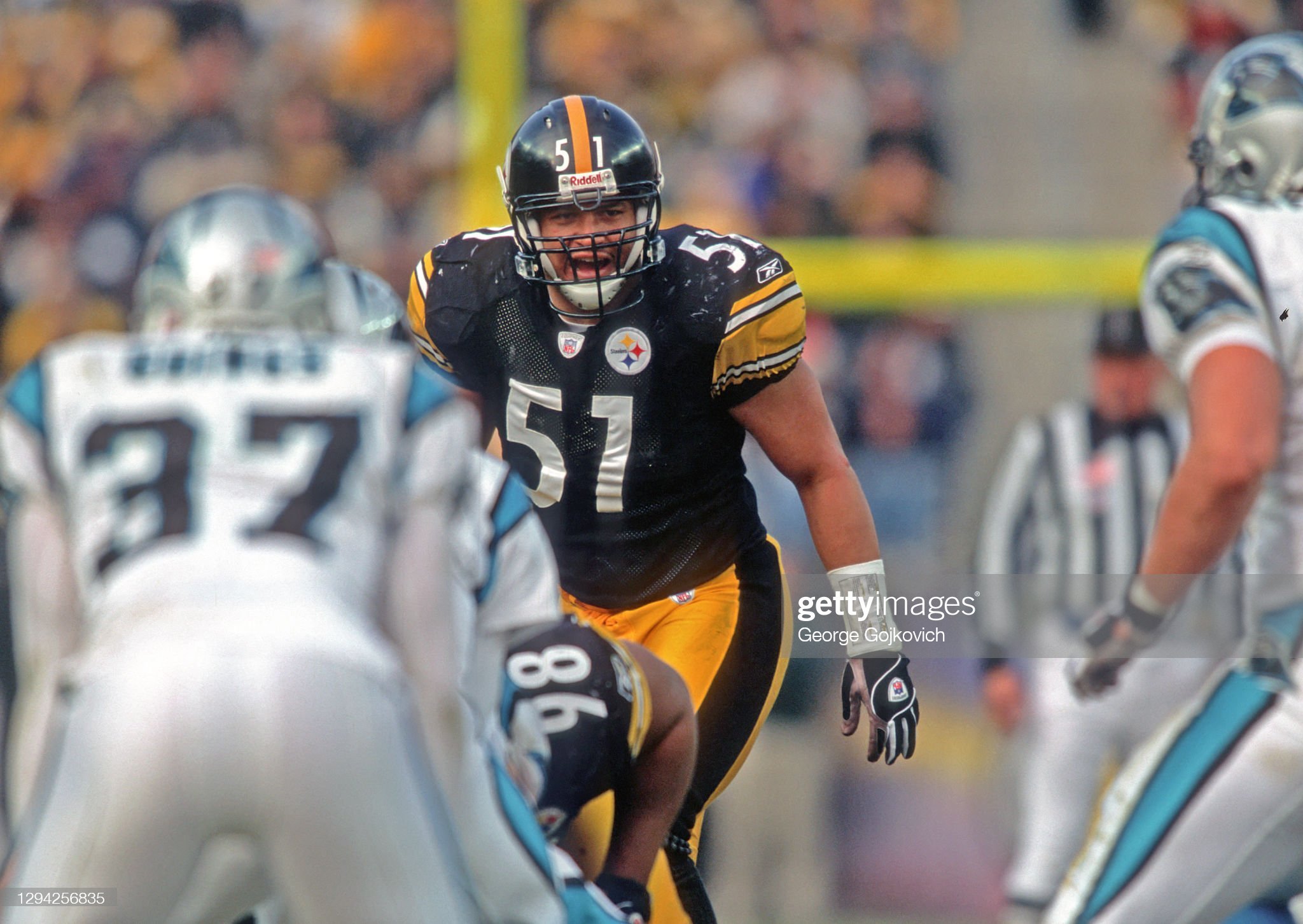 The Pittsburgh Steelers signed LB Myles Jack this offseason after he was released by the Jacksonville Jaguars in a roster-purging play, having a new front office and coaching staff get rid of inflated contracts the previous regime signed to clear the way to add their own players. Mack was released on March 15 and signed with Pittsburgh just two days later, stating his excitement to play under HC Mike Tomlin and compete for a Super Bowl.

When watching and researching more about Jack, I couldn’t help but think of the similarities between his additional and the addition of another high-pedigree linebacker Pittsburgh added two decades ago in free agency: James Farrior. Farrior was drafted eight overall in the 1997 NFL Draft by the New York Jets and played five seasons with the team before hitting free agency and signing with Pittsburgh. The Jets tried to deploy Farrior as an outside linebacker in their scheme, not being a great fit in their defensive system thus limiting his snaps early on in his career. From a statistical standpoint, here are the comparisons between Jack and Farrior in their first five seasons via Pro Football Reference:

As you can see from the statistical comparison from above, the two players played in nearly the same number of games and nearly identical TFLs, sacks, PBUs, and INTs. Jack actually started more games during that span than Farrior, but Farrior held his own in the tackle department, logging a career-high 145 in 2001 with New York according to Pro Football Reference before signing with Pittsburgh that offseason.

However, when Farrior signed with Pittsburgh in 2002, his career really took off. The Steelers moved him to play ILB in their 3-4 base defense and thrived in that role, going on to start all 154 games he played in the Black and Gold and posted 1085 total stops (740 solo), 82 TFLs, 30 sacks, 53 PBUs, eight INTs (one for a TD), 12 forced fumbles, and ten fumble recoveries. For comparison’s sake, Farrior’s career 1,440 tackles and 18 forced fumbles exceed current HOF LB Brian Urlacher career statistics in the same categories. Farrior enjoyed his best season as a pro in 2004, finishing second in the DPOY voting while earning Pro Bowl and First Team All-Pro honors at the age of 29.

Jack doesn’t turn 27 until the season starts in September, suggesting that there may be more “meat on the bone” as far as his play is concerned. While Farrior made some splash plays his first five seasons in the league, his numbers compared to Jack’s really aren’t that different compared to Jack whose main criticism has been a lack of splash plays to-date.

Obviously, Jack is a better athlete and does better sideline-to-sideline as well as in coverage whereas Farrior did his best work coming downhill as a thumper and pass rush on the blitz, but the situation of the two players isn’t that different. Both were drafted with high draft capital and didn’t really fit in their previous locations despite being productive players. Farrior played out of position as an outside linebacker and Jack played on a bad Jaguars defense that often saw him covered up by blockers often and had to make up for deficiencies at other spots to try and make plays. Farrior even played on successful Jets teams, teetering between 8-8 to 12-4 during his first five seasons with the team.

This could be a notion for Jack to see a jump in overall production and more splash plays as he transitions from Jacksonville to Pittsburgh this season. Some may say that a player can’t “make the leap” after being in the NFL for 3-4 years, but that is exactly what Farrior did, capitalizing on a good 2001 campaign that got him the FA contact in Pittsburgh where he became a staple in the middle of the defense for a decade, not posting his first Pro Bowl/All Pro season until the age of 29. Farrior joined the Steelers at age 27, and Jack will turn 27 by the regular season opener in 2022 which only adds to the eerily similarities between the two additions.

And both coached by Brian Flores.

The #NFL has been put on notice. #Steelers pic.twitter.com/NVLpchl0aB

Jack will have to prove he can be durable as he hasn’t played a full season since 2018, but there is no denying the athletic talent and experience is there for him to not only be a contributing member of this defense in 2022, but for many years ahead. Given the likely improvements upfront along the defensive line this year along with the addition of Brian Flores to help coach up the LBs while playing in Pittsburgh’s defensive system, there is a good chance that Jack could have the potential impact that Pittsburgh had envisioned Devin Bush making when they traded up to select him #10 overall in the 2019 NFL Draft and model his second career stop much like Farrior did.

#Jaguars LB Myles Jack was really impressive on Sunday. He was diagnosing plays almost immediately, and his athleticism with that allowed him to make some big stops.

He was instrumental during two goal line series, including a 4th & 2 early in the game (second clip). pic.twitter.com/pM9ypB8AQA

What are your thoughts on the addition of LB Myles Jack? Do you see similarities between his addition this offseason and the addition of LB James Farrior back in 2002? Do you think that Jack is capped at his ceiling, or much like Farrior did, can he potentially see he play, and impact elevate in Pittsburgh? Please leave your thoughts in the comments section below and thanks again for reading!