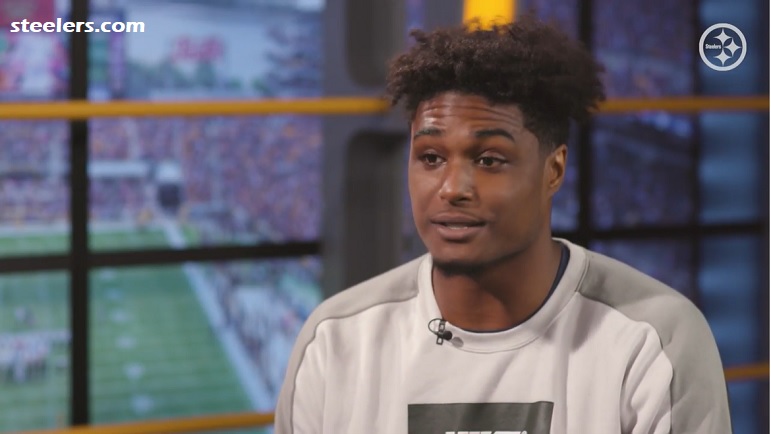 One of the positions of need of the Pittsburgh Steelers was a presence alongside Devin Bush at inside linebacker, and the team swung for the fences when they picked up ex-Jacksonville Jaguar Myles Jack, who was a cap casualty. Mike Prisuta of the Steelers Radio Network recently sat down with Jack, covering an array of topics from why he chose the Steel City to what exactly he’s bringing to the table as a player.

Jack cited the business-aspect of his release, and said there were no hard feelings or ill will towards his old employer. A free agent for the first time, it wasn’t long before his phone was lighting up with a 412 area code, and on the other end was coach Tomlin.

“He said we’re trying to win championships here,” he told Prisuta. “And that’s a mentality that I haven’t really been around. So I’m very, very excited. And he said, first things first, we need a defense to win championships. So once he said that, I got goosebumps, I was ready to go and get on the plane right now.”

Some, if not all players, who hit free agency like to “shop around” a bit to try to find that perfect fit. Location, team culture and above all, money, are the key factors. Playing for a storied franchise like the Steelers is alluring in it’s own aspect, but so too is the chance to play for Tomlin, whose respectability is renowned leaguewide.

“It was a very easy decision. At the end of the day, I just wanna play ball. So me and Coach Tomlin, we had that in common where, we kind of agreed that, you know, it was time for me to come to the Steelers and win some games.”

Winning seems to be one of the big motivational factors, among others, in Jack’s decision, as he’s joining an organization that’s night and day compared to the situation he left in Jacksonville. A franchise that’s among the league’s best from a stability and culture standpoint, it’s also one that’s known for fielding ferocious defenses. This thought process also played a factor with Jack, with the team’s current unit boasting several Pro Bowl and All-Pro players including this past season’s AP Defensive Player of the Year, outside linebacker T.J. Watt.

“Man, it’s…you can’t put it into words. I mean, just the guys that we have on each side. Obviously, starting with T.J. Watt, you got Minkah Fitzpatrick on the back end. And then, man that D-line. Tyson, I played with him my rookie year in Jacksonville. It’s gonna be a physical defense, I can tell you that, fast and physical.”

When pressed by Prisuta on his prowess as a tackling machine and a “glue guy in the middle”, he asked what the Steelers are getting in the 26-year old, and his answer didn’t disappoint.