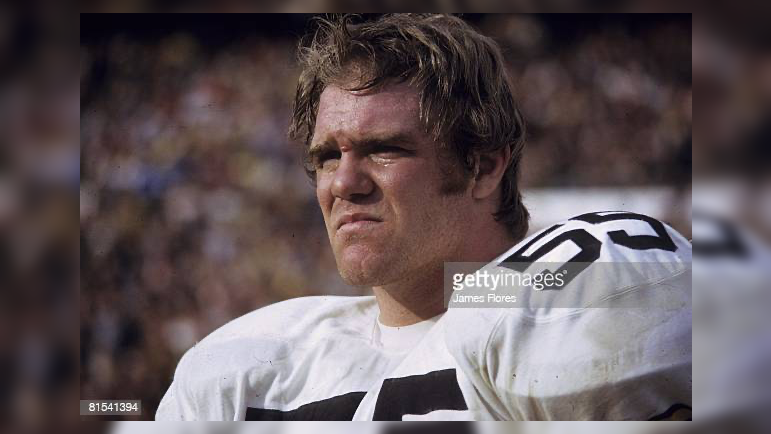 When you think of the Pittsburgh Steelers’ dynasty in the 1970s, many names come to mind, from Lynn Swann and John Stallworth to Mean Joe Greene, Jack Lambert, and Mel Blount. One name that seemingly gets forgotten about in terms of importance and overall greatness is offensive lineman Jon Kolb, a stalwart on the Steelers’ dominant offensive line that played a massive part in the dynasty.

For 13 seasons, Kolb proudly wore the black and gold, starting at left tackle in 11 of those seasons starting in 1971, protecting the blindside of Terry Bradshaw while opening up massive rushing lanes for Franco Harris and Rocky Bleier.

Drafting him in the third round at No. 56 overall was quite the savvy move by the Steelers and General Manager Dan Rooney, as Kolb was part of the same class that brought Greene, Terry Hanratty, and L.C. Greenwood to the Steel City, kickstarting a rebuild that resulted in four Super Bowl championships in the ensuing decade.

To hear Kolb retell the story of his selection by the Steelers to Stan Savran for Steelers.com’s Time Machine segment, he wasn’t even supposed to be a Steeler.

A standout at Oklahoma State, Kolb started to garner NFL attention as a sophomore with the Cowboys after they beat the rival Oklahoma Sooners in 1967. Kolb started receiving calls from the likes of the San Diego Chargers and other pro football franchises, but he was sure of one thing when it came to the 1969 NFL Draft: he wouldn’t be a Steeler.

“My sophomore year, we played the University of Oklahoma. They had an All-American nose tackle and we beat beat OU and hadn’t beaten them in a few years. And so, that was a Saturday game. On Tuesday, I got a phone call and a letter from the San Diego Chargers,” Kolb said to Savran, according to video via Steelers.com. “I’m a sophomore. So over the next three years they didn’t have the combines. I’d heard from every single team except the Pittsburgh Steelers. And so as it got closer to draft day, people would say, ‘where do you think you’re going?’ And I would say, ‘all I know is I won’t be going to Pittsburgh. And I had told enough people that, and, uh, I thought the draft was like choosing up sides in the backyard.

“You know, I’ll take Stan [Savran], I’ll take Craig Wolfley, okay, I’ll take John Kolb and the whole thing would be done in an hour,” Kolb added. “And so when the early afternoon that came and I hadn’t been drafted, I mean, nobody called me. I thought it was over. So I was really disappointed to begin with.

“So I say, ‘I think I’ll go work out.’ So I walk in the dressing room and there’s all my friends, half my teammates, college teammates, and they’re around the phone and it’s just too perfect. So they’re up to something. And they said, ‘you got a phone call.’ I said, ‘who is it?’ They said, ‘the Pittsburgh Steelers, somebody named Rooney.’ I’m going, ‘Yeah. Right.’ Cuz I told ’em, I’m not going to Pittsburgh.”

Kolb, to his credit, states that he truly believed it was a prank put on by his friends and teammates to mess with him on an important day for his football future. Already unhappy nobody had called him to inform him he’d been drafted and believing his playing days were coming to an end, Kolb says he was rather rude to Art Rooney Sr., who was actually on the phone to inform him that he’d been drafted to the Steelers.

“So then, you have to have been around Mr. Rooney… he’s unflappable,” Kolb said. “And he goes, ‘Jon?’ And at first I said, ‘yes, sir.’ And he introduced himself and said that I’d just been drafted by the Steelers. And I go, ‘yeah. Right.’ You know? And so he said, ‘we’re really excited to have you, and are you excited to be coming to Pittsburgh?’ And I said, no.

“And I was just so rude because…I thought this is such a terrible thing, cuz I was disappointed walking in there because I’d been for the last three or four years, just thinking ever since San Diego, this is what I want to do. I’m gonna get a chance to play pro pro football. And my dream was crashed. And so I didn’t think this was funny,” Kolb added. “And so then that night, nobody else called. And so I thought I’ll turn on the news and see where my friends are going. And so the news comes on the sports and this is in Oklahoma City. And I remember they say Eddie Hitton of the University of Oklahoma going to the Baltimore Colts, John Kolb, going to the Pittsburgh Steelers, Terry Brown, my roommate going to Minnesota and I was like, ‘oh my gosh, that was really the Pittsburgh Steelers.’

Quickly realizing his mistake in treating his future boss poorly on the phone, Kolb stated to Savran that he called the Steelers’ facility the very next morning at 7 a.m. sharp and apologized profusely to Rooney, who laughed off the incident.

The Steelers ultimately got the last laugh with Kolb on the rest of the league as he went on to play 177 career games with the Steelers, starting in all four Super Bowl victories, eventually earning a spot on the Steelers’ All-Time team, the Steelers’ 50th season All-Time Team, and a spot in the Steelers’ Hall of Honor.

Not bad for a third-round pick who for a fleeting moment in 1969 believed his pro football dreams were shattered.