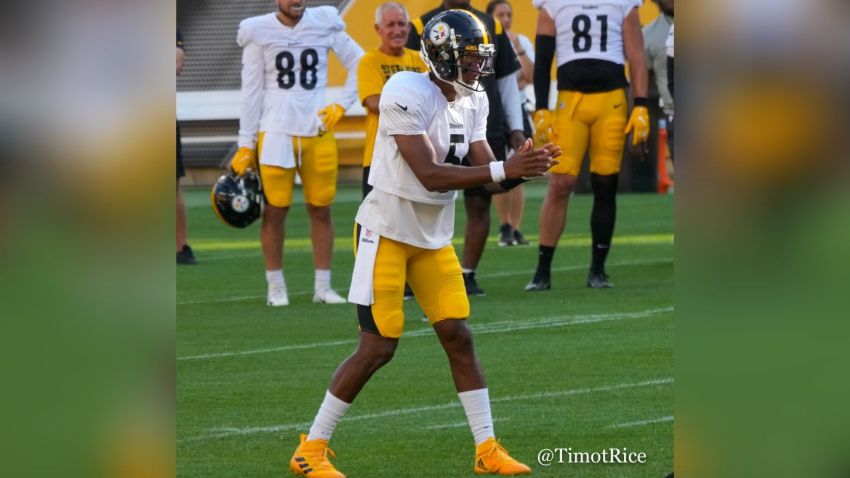 Last month, QB Josh Dobbs worked out for the New England Patriots. He didn’t sign there, and has now picked up his second tryout, one with an AFC North rival. According to ESPN’s Field Yates via the NFL’s transaction sheet, the Baltimore Ravens tried out Dobbs this week.

Dobbs his unrestricted free agency at the start of the new league year and has yet to sign with any team. Pittsburgh doesn’t seem keen on bringing him back and Dobbs wouldn’t have much of an opportunity to start or play, as was the case last summer when he became the Steelers’ hardly-used fourth string quarterback.

Pittsburgh drafted Dobbs in the fourth round of the 2017 NFL Draft. He appeared in just a handful of games with the team though his first NFL completion came against the Baltimore Ravens, a chunk gain backed up in the Steelers’ own end zone.

The Steelers traded Dobbs to the Jacksonville Jaguars in 2019 but claimed him off waivers in 2020. Last season, he missed the entire year due to a toe injury. Still, he carved out a role as quasi-coach, often sitting next to Ben Roethlisberger and QBs Coach Mike Sullivan on the sideline.

Dobbs’ athleticism would fit the mold of the typical Ravens’ QB. Lamar Jackson and Tyler Huntley are mobile quarterbacks able to make plays with their legs as much as they can with their arms. We’ll update this post if Dobbs signs with the team.