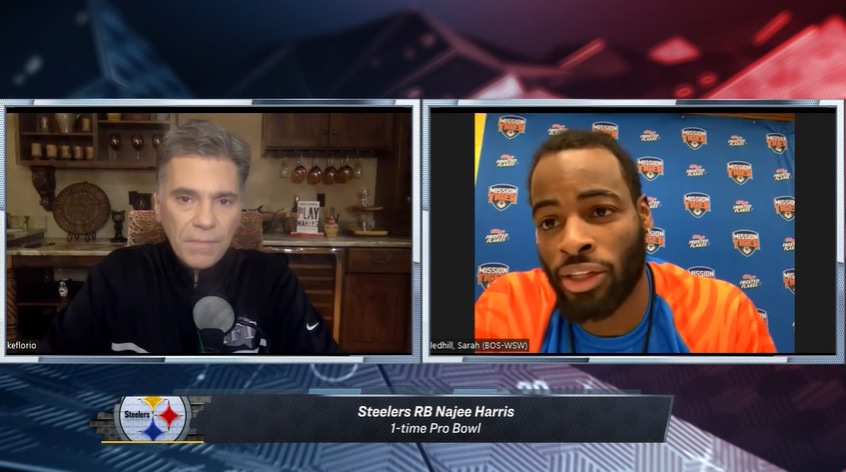 Najee Harris isn’t backing down from a fight. The AFC North and AFC at large has gotten tougher this year with Deshaun Watson in Cleveland and Russell Wilson now in Denver after being traded by Seattle. But to be the best, you gotta beat the best, and Harris believes the Pittsburgh Steelers can come out on top.

Harris joined Pro Football Talk’s Mike Florio Friday and was asked if he’s worried about all the talent that sits in his division and conference.

Last year, the top three scoring defenses hailed from the AFC in Buffalo, New England, and Denver, while six of the top ten squads were AFC units. It’s perhaps one reason why teams like Cleveland and Denver pursued quarterbacks so heavily, and league-wide, most of the top arms in the game are in the Steelers’ division.

The North alone has Watson, Joe Burrow, and Lamar Jackson, three former first-round picks who have all played like Top 10 QBs at points in their career. The rest of the AFC includes the likes of Josh Allen, Patrick Mahomes, Justin Herbert, Wilson, and whichever young quarterbacks emerge like Trevor Lawrence or Tua Tagovailoa.

While the schedule may look daunting, Harris invites the competition.

“We’re going against dogs every day…that’s what I like about it best. So I’m glad Deshaun Watson came over here.”

Harris is one of the most highly competitive players on the team and certainly was used to playing – and beating – the best at Alabama against SEC squads. But he and the Steelers will have their work cut out for them this year and every year until they find a high-level quarterback to match the AFC’s biggest names.