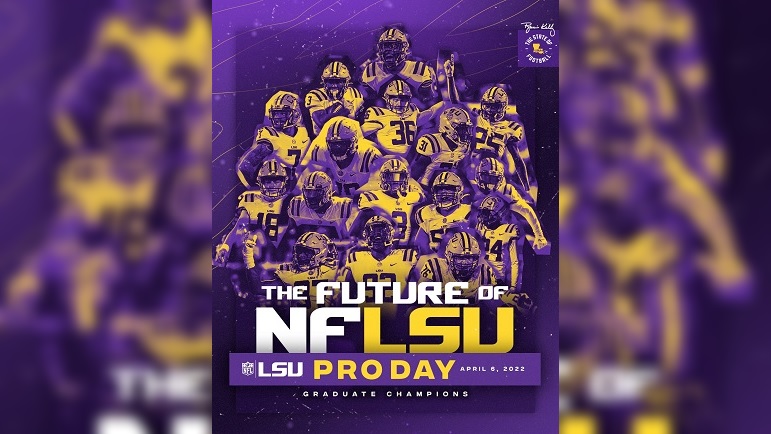 Stingley is regarded as one of the top corners in this class. He burst onto the scene with a sensational freshman season but his play slipped from there, dealing with injuries in 2021 that limited him to just three games. He underwent foot surgery in early October. But he picked off a whopping six passes in 2019 and practice clips showed him being able to man-up against Ja’Marr Chase. Talent isn’t a question with Stingley. It’s just a matter of whether or not he can show health and consistency.

Clark is a heady off-ball linebacker, though his draft stock has taken a major fit following news of a spinal surgery that’s likely to knock him out for his rookie year. Farrell Jr. is one of the best interior pluggers in this class, while Ingram is a powerful and athletic lineman, though he has off-field questions teams will be asking about. Davis-Price is a big running back who put up 287 yards against Florida this year.

Though there will be a couple individual workouts and second Pro Days after today, LSU’s workout wraps up the main portion of the circuit. Tomlin and Colbert was as active as ever on the Pro Day trail, casting a wide net of possible first-round options.