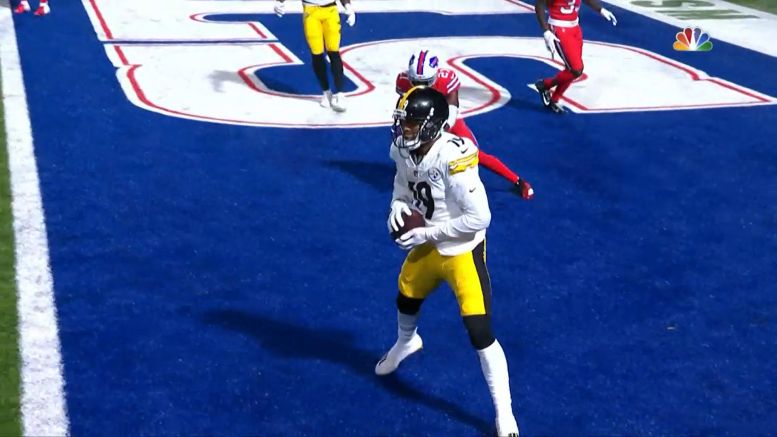 In a day of expected and unexpected news, the Pittsburgh Steelers’ decisions Tuesday were in the former camp. Officially, the team did not use the franchise tag on any of its pending free agents ahead of today’s 4 p.m. deadline. Of course, this news comes as no surprise. Even with the cap space to theoretically tag someone, the team was not expected to use it on any player who will become a free agent next week.

While the Steelers have several pending free agents and players they’d likely want to re-sign, none warranted the heavy cost the tag requires. Top free agents include WR JuJu Smith-Schuster, SS Terrell Edmunds, CB Ahkello Witherspoon, and OT Chukwuma Okorafor. But none of those players are must-signs and all will be cheaper to re-sign than the price the franchise tag would require, which also essentially sets the floor of a player’s market value.

None of those names were likely to be on the Steelers’ radar this free agency. Perhaps Robinson, but he’ll play under the tag for Jacksonville in 2022.

Notably, CB J.C. Jackson was not tagged and is expected to hit free agency, while Chargers’ WR Mike Williams was able to avoid the tag with a three-year, $60 million deal, a price point that should make Diontae Johnson, angling for a new contract, a happy man today.

Since 2017, the Steelers have used the tag three times. Twice on Le’Veon Bell in 2017 and 2018 and again in 2020 on Bud Dupree. Bell, of course, refused to play under the tag in 2018, sitting out the entire season before hitting free agency the following year, signing with the Jets.

Free agency’s legal tampering period opens Monday, March 14th, while the new league year kicks off two days later, the 16th, at 4 PM/EST. Pittsburgh’s expected to be more aggressive than usual, and will likely have eyes on acquiring a veteran quarterback and at least one offensive lineman.

Below is a list of the Steelers’ unrestricted free agents on offense and defense.