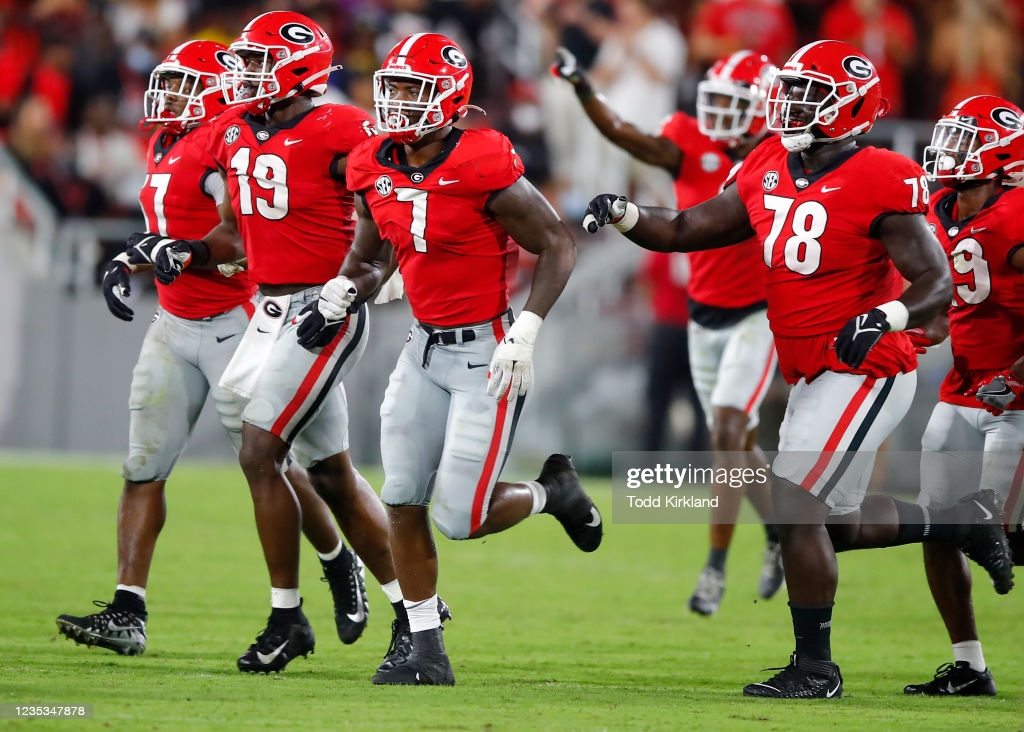 The 2022 NFL draft will soon be upon us. Free agency provided a flurry of moves that was very against the Steeler modus operandi, but it was refreshing. They filled a lot of needs with quality, young players. The Pro Day workouts are well under way and should yield some clues as to where the focus is going to be (it’s a quarterback).

The team’s primary needs right now include a strong safety and wide receivers along with a young quarterback to groom. Secondary needs include frankly everything. There isn’t a position I don’t think they wouldn’t consider except kicker.

For this first mock draft I’m going to have a little fun with it. I am going to use five different mock draft engines to create these picks. If you look at any mock draft engine the first fifteen or twenty players will be closely ranked, but after that it’s a free for all. One may have a player in the top 100 while another will have them as a late Day 3 player.

For each of the five mock drafts I will choose a player in each round from a position of need from each engine. From those five picks I will choose one player for my mock draft to be the selection. For the first three rounds the goal is to fill at least two of the QB, S, and WR groups. There will be consideration for scheme fit as well as Pro Day visits, dinners, etc. The four players not chosen will be listed as the “also considered” players.

The five draft engines will be:

Analysis: The consensus is right now the Steelers will take a quarterback early. Malik Willis will likely be gone, and Alex has already mocked him number one. My gut feeling says Kenny Pickett is not who they want. Jonathan has already mocked Desmond Ridder. I know some of you aren’t fans of Howell, but hear me out. He’s a three-year starter and doesn’t turn 22 until September. He’s not the biggest guy, but he and Willis are virtually identical in height and weight. He had the top velocity at the Combine at 59 mph. So he has arm strength and throws a nice deep ball. After losing his top two receivers and top two runners from his sophomore year he put up virtually the same numbers passing in 2021. The offense switched to a more run heavy scheme and he went from 146 yards rushing in 2020 to 828 yards in 2021 with eleven rushing TD’s. He is plenty athletic, has plenty of experience he can take a year to learn the offense and fine tune his mechanics.

Analysis: This is one of my favorite players I have watched so far. He is a height/weight/speed player who is still coming into his own as a linebacker with the play strength and to take on and shed blocks and can run sideline to sideline. He can cover in Zone or play Man coverage on tight ends including lining up in the slot in Press coverage. My favorite thing about him is when he tackles, they go down. They don’t slip out; they don’t drag him for an extra 3 or 4 yards. They go down. He is a potential three-down Buck linebacker. Adding Myles Jack will allow him to not have to be rushed into the defense and the coaches can continue to mold him.

Analysis: Another height/weight/speed product and this one ran a 4.33 at 211 lbs. The Steelers have lost three receivers in free agency, so there will likely be multiple new faces. Pierce can play outside or in the slot at all three receiver positions (X, Z, and Slot). He is a good route runner, can create space, and consistently wins deep. He wins the 50/50 balls in the way we hoped Chase Claypool would. The receiver group needs in influx of multiple receivers with speed, and this would be good place to start. He’ll turn 22 just after the draft.

Analysis: The Steelers two starting tackles from 2021 will both be back for 2022, but the depth behind them is lacking. Mitchell has the capability to play on the left or right side. He has the athleticism and use of hands to be successful in pass protection or as run blocker. Our profile had this to say, “Mitchell also showed up and performed well against power-5 teams like Texas and Iowa State. With that and his PFF grading him out as the best tackle in college football last year, you may think he’s a sure-fire first or second-rounder. However, I still see the flaws in his game against speed and power rushers as a reason for caution.” He can work on technique and become the third or fourth tackle with the potential to start down the road.

Analysis: My first exposure to Uwazurike was against Iowa, and he did fairly well against the Hawkeye’s highly-rated center Tyler Linderbaum. He is a versatile defensive lineman who lined up over the center and out to the five technique with great length (over 35-inch arms) and can play in any scheme. His final season was a breakout year with nine sacks and twelve tackles for a loss. The Steelers’ defensive line room is pretty full at the moment, and the future of Stephon Tuitt is still unknown. Uwazurike would be a player they can groom behind Heyward as a rotational defensive end who can kick inside on rushing downs.

Analysis: I didn’t want to wait until the seventh round to add a safety with the current depth on the roster, but the hope is they will sign a veteran soon. But since I waited this long, why not find an athlete with some size. Nelson has had some back luck with a torn ACL in the first game of the 2019 season, costing him the rest of the year. He is essentially a three-year starter with 125 career tackles, 11.5 tackles for a loss, four interceptions for 107 yards, and 15 pass breakups. His RAS score of 9.63, which is third-best among strong safeties this year. He ran a 4.49 40 and had a 39.5-inch vertical leap. Not bad.

Profile yet to come

Analysis: He appeared in 47 games with 16 starts, with the majority of those starts coming in his final season. He was a captain and All-ACC selection in 2021 where he had 42 tackles, two interceptions, one touchdown, and nine pass breakups. He plays a physical brand of football jamming receiver his zone and is willing in run support. From what I’ve read, his technique could use some work, and he is an average athlete, but for the final pick any player will have some shortcomings. He could compete for the number five corner position.

Profile yet to come