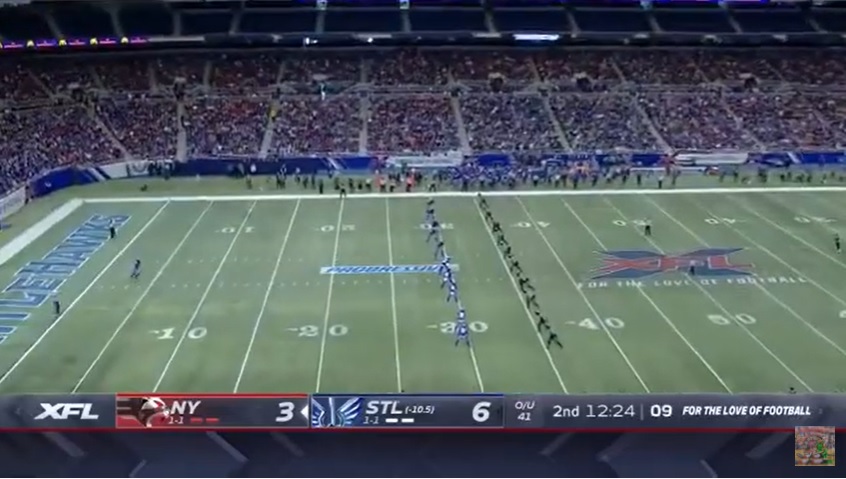 The return of the XFL is seeing a joint partnership with the NFL. In a press release from the XFL today, they and the NFL announced a collaborative program to study innovative aspects of football.

The release outlined areas the leagues will focus on improving:

“Health and safety will be a principal area of focus in both learning and innovation, with the XFL working with the NFL on forward thinking physical and mental fitness programs for players, the study of playing surfaces and equipment and the sharing of game trends and data.

Additional avenues for collaboration may include international football development and scouting,  as well as officiating, including the testing of different game rules for player protection and enhanced overall play, and of different technologies to enhance officiating.”

The XFL has always been willing to go against the grain and bring something new to fans. When it first debuted, coin tosses were decided by players running for the football at midfield, known as the “XFL Scramble.”

But this program seems to go beyond those quirks of the game. The release centers around player health and safety. While it doesn’t discuss too many specifics, the NFL is looking for ways to make the kick return game even safer and the XFL may be a good test lab for different restrictions and formations. In 2020, the XFL uniquely had players line up within five yards of each other to avoid the car-crashes of players running full speed where concussions are likely to happen.

These kickoffs still allowed for returns, as seen above, while making the game substantially safer.

Officiating has been arguably the NFL’s weakest point and been ripe for criticism. It’s unclear how the leagues will study and innovate but perhaps changing the positioning of the officials, adding more refs, or alterations to upstairs/booth reviews are in order.

The XFL’s revival was short-lived in 2020, folding due to the COVID pandemic. They are planning a return for February of 2023 with training camps starting that January. The USFL is also coming back this year, giving fans something to watch while the NFL enters its offseason.