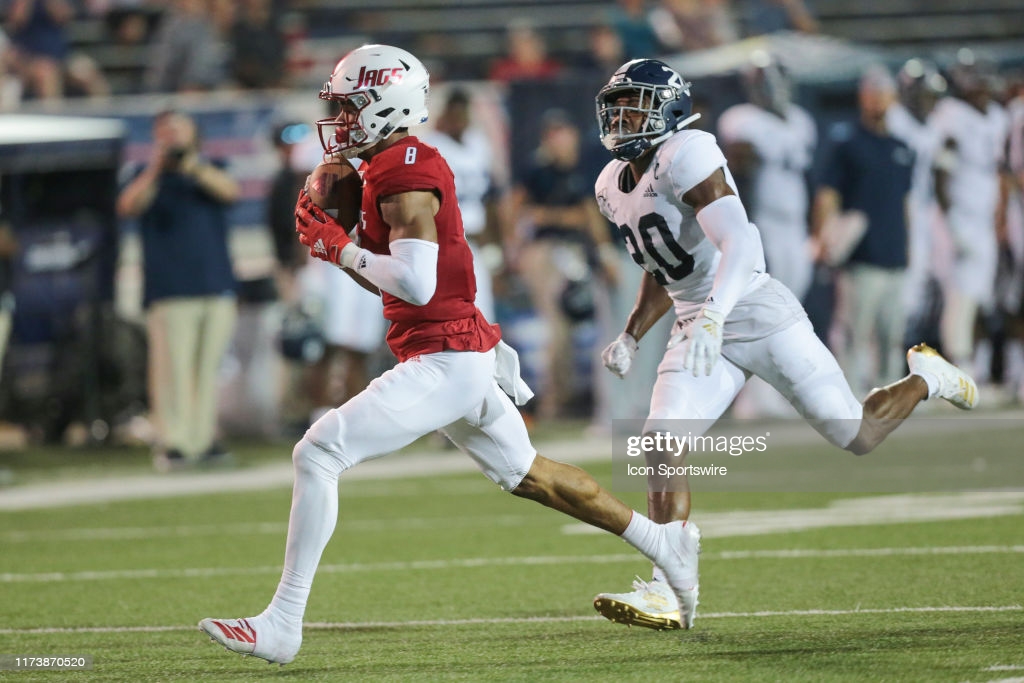 The 6’1″ 195-pound wide receiver Jalen Tolbert has made a name for himself during his time at Southern Alabama with back-to-back 1,000-yard seasons. He’s now catching the eyes of the scouts and media alike during his Senior Bowl week, making numerous plays down the field on deep shots during 1-on-1 and team portions of practice.

Jalen Tolbert in a nutshell here

However, as is true with most prospects, you don’t get to see see how they break down the X’s and O’s and situational football.

After Tolbert’s first day of practice for the American team, he was one of four players who took the podium. I asked him if it was third down, game on the line, have to get a first down, what route does he want to run. It was a roundabout way of trying to figure out what his favorite route was, but instead of giving a cookie-cutter answer like “slant” or “post,” he genuinely surprised me when he immediately said, “It’s dependent on the depth. Give me a depth.”

I said, 15 yards to give him a decent amount of the route tree to run.

Tolbert broke it down fully in terms of what he expects to see from defense and how it should be attacked.

“I want to run a spear route,” Tolbert said. “Chase the heels of the post. You’ll get Cover 3, that’s what they’ll probably play, or quarters. You know, if it’s quarters we’ll take the post, Cover 3 we’ll take the spear.”

The genuine answer from Tolbert was much appreciated as the interview questions during the Senior Bowl week can quickly become watered down and repetitive. It’s rare to hear a guy truly get the chance to chalk talk even if it was only a quick few sentences.

Let’s break down exactly what is the spear concept is.

The concept is essentially the same as the Yankee concept, which is a deep cross with a single post on the opposite side. The spear concept adds a second post to the one side of the field with a deep over route (or “spear” as Tolbert called it) from the other side. Just like Yankee, spear is best suited to be run against single-high coverages. The posts are mostly used as clear-out routes for the deep over but safeties that a little nosy in quarters may try to jump the over leaving the post open. Leaving it tough for everyone to pass off in 3-deep coverages. 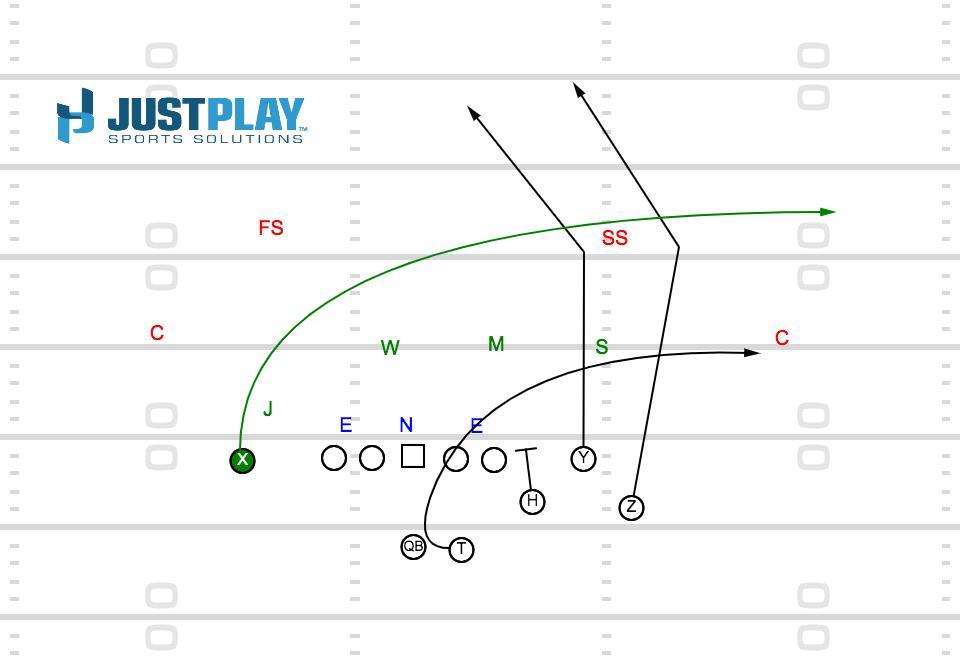 Shortly after turning on Tolbert’s film, I could see why he chose the route. It was a concept Southern Alabama frequently called to spring him open on deep over routes.

Here’s an example below against Southern Mississippi in his junior season that he was able to turn into a touchdown.

While it’s not the spear concept, the Yankee concept has been a staple in the Steelers’ offense for years. With Pittsburgh’s need for a true vertical receiver, it seems Tolbert is a potential fit for the team come draft day.