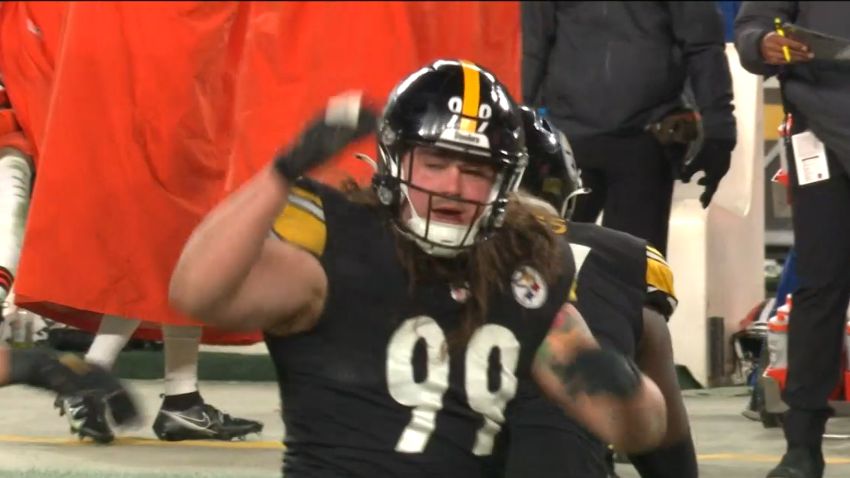 Reasoning: Henry Mondeaux spent nearly the entire season on the 53-man roster and saw a sizeable uptick in playing time, which helped lead to his first two career sacks.

Originally drafted out of Oregon in 2019, Henry Mondeaux spent time with the New Orleans Saints and the Kansas City Chiefs before hooking up with the Steelers the following offseason. He spent the entire 2019 season on the practice squad, and has spent most of the rest of his time since then on the 53-man roster.

The major caveat here is that most of that time on the 53-man roster was spent due to injuries, though he helped to preserve his roster spot in 2020 by playing on special teams, including on coverage units, which is by nature very rare for a defensive lineman. He played nearly 200 snaps on special teams in 2020 in just 11 games.

Mondeaux only played 55 snaps on special teams this past season, and I don’t believe any of that came on coverage units, but he did play 244 snaps on defense, registering 16 tackles, including two tackles for loss, those being the two sacks that he had. He also had a fumble recovery.

While he made the initial 53-man roster, he was quickly moved to the practice squad, but then recalled to the 53 two weeks later after Tyson Alualu was lost to the season as a result of a fractured ankle. He did log defensive snaps in every single game played, including a spell midseason where he was averaging about 20 snaps per game for the rest of the regular season.

None of this is to say that he actually played at a particularly high level, to be clear. Had the Steelers not had significant depth issues along the defensive line as a direct result of injury, he probably never sees the 53-man roster in 2021. But he did, and he did make a handful of notable plays along the way.

The point is, that’s good for him. He got hundreds of snaps on tape, he got to make a couple of sacks, and he earned another accrued season. Will he stick around for another year in 2023 in Pittsburgh? If not, has he shown enough to get picked up by another team?